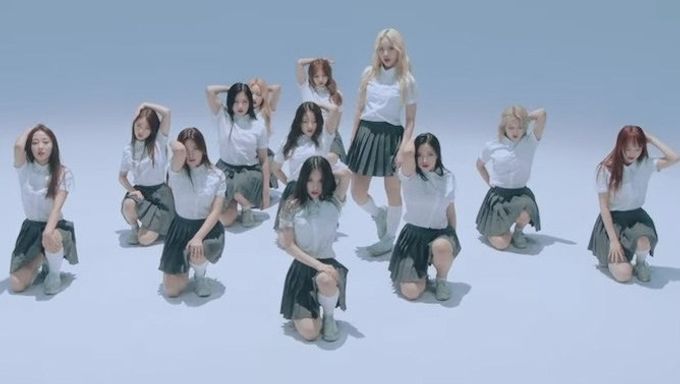 LOONA has been a rising K-Pop idol girl group as they recently released their pre-debut MV 'Favorite'.

All twelve members were each introduced as 'girl of the month' and has been building anticipation and excitement as fans waited patiently for the entire lineup to be revealed.

The members of the Blockberry Creative girl group has so far released a total of three EP's as sub units (1/3, Odd Eye Circle, and yyxy).

Recently the MV for 'Favorite' which showcases all twelve members has been a hot topic among the K-Pop community, especially for the choreography where the girls dance on the floor and raise their legs in the air to have their skirts lifted.

You can check it out from 1:42 for the scene that fans have been talking about.

They must have telescopes lol