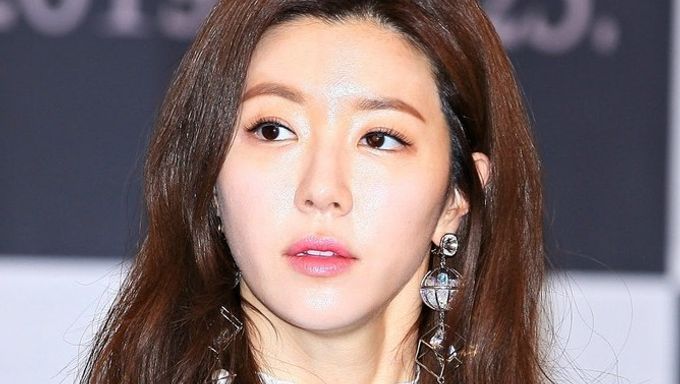 After news of actress Park HanByul's husband, Yoo InSuk's involvement in former BIGBANG member SeungRi's scandal, netizens have been demanding that the actress be removed from the show 'Love in Sadness'. However, the production has responded by saying that they have no intention of cutting the actress from the show, causing netizens to boycott the show.

The actress's husband, Yoo InSuk, has been identified as a figure that "solves problems" for participants of SeungRi's chat room including Jung JoonYoung and Choi JongHoon. It has been reported that he often handled legal problems of these celebrities by helping cover up legal troubles including a DUI.

And from bad to worse, her name was mentioned by Choi JongHoon during his statement to the police, revealing that she was present when Choi was playing golf with the chief of police and Yoo InSuk. Of course, this doesn't necessarily tie her to any of the recent scandals, but netizens are currently taking this as a sign that she is dirty as the rest of them, which seems unfair to her fans.

In addition, the production team of 'Love in Sadness' has stated that Yoo InSuk's recent involvement in SeungRi's scandal has no relevance or connection to Park HanByul herself, citing it as the main reason for their decision to not cut her from their show.