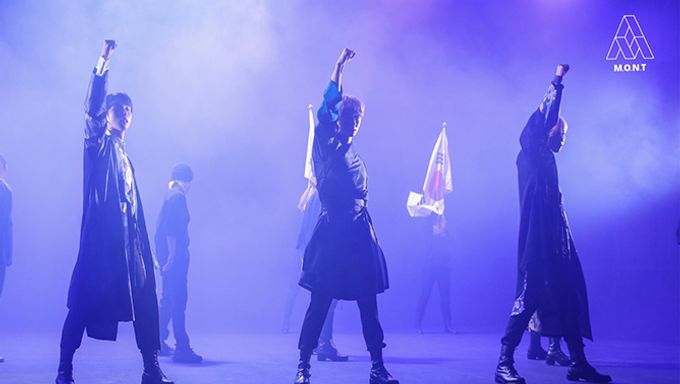 The trio boy band M.O.N.T  is taking the spotlight from K-Pop fans with their latest special music and music video release, “The Korean Island, Dokdo”(October 25th, 2019).

With Narachan  holding the Korean national flag and others standing firm in the back, the music kicks off with a deep boat horn followed with trio’s clear vocals and Roda's powerful rap.

Suited up all in black, the group also shows tight choreography to the viewers.

Another key point is the lyrics, “Our beautiful island that lives and breathes in the history of Korea, our proud land”, “No matter what others say, Dokdo is Korea’s land”, “As always, Dokdo is our land” which was motivated from the original song, “Dokdo is our land”(1982).

M.O.N.T wrote the song and lyrics with the inspiration from the experiences they previously had as during the filming of their music video, "대한민국만세"(DaeHanMinGuk Mansei) in Dokdo.

M.O.N.T is set to go on a tour and meet their international fans in South America and Europe, starting this November.