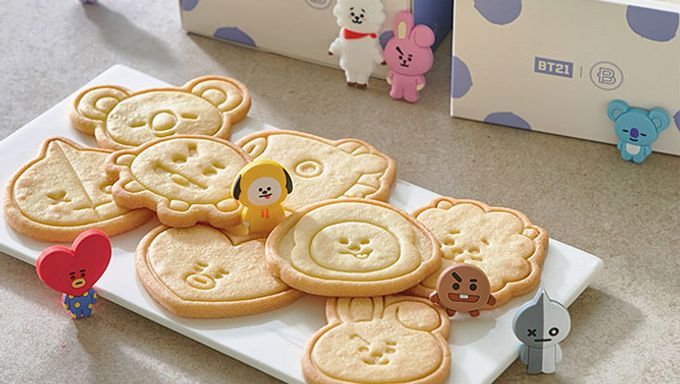 If you have been following BTS for quite awhile, you would have noticed the characters, BT21, which were made by the boys and LINE Friends. As part of the LINE family, their merchandise can be found easily at LINE stores in South Korea and also New York and Tokyo. They have recently brought in BT21 products to Taipei as well.

Apart from cushions, key-chains, stationery and more, they have recently collaborated with Paris Baguette in South Korea.

The lucky box consists of an official BT21 ice tumbler, cookie set and a Paris Baguette voucher worth at least 5000 won.

Do not worry even though the event may be over because Paris Baguette is still selling the products. Besides the cookie set, they also have BT21 pocket sand that comes in 7 different flavors.

These 3 flavors, corn cheese, sausage and crab meat, will taste better when heated up for about 30 seconds in the microwave.

Apart from the savory flavors, they also have strawberry yogurt, peanut butter, apple jam and blueberry jam pocket sand too.

Perhaps these pocket sands are small and handy, they have received positive reviews from those who had purchased and tried them out. 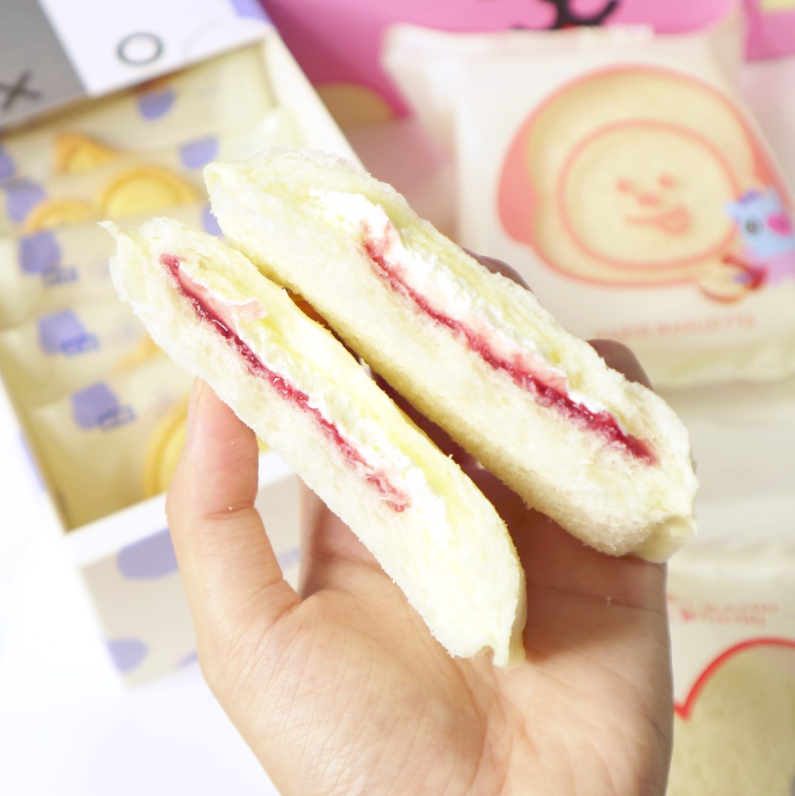 These pocket sand are priced at 1700 won each and if you happened to be in Seoul, be sure to try them out! As each Paris Baguette branch only have limited stock per day, it is better to head over early before it gets sold out!

Also remember to check out the BT21 beverages available at the Itaewon branch in Seoul for more food treats!

They dont sell in my country 🙁

I left the BTS fandom a couple of months ago but I gotta say. These are pretty cute. They don’t sell it in Canada either. :)) I hope they don’t.