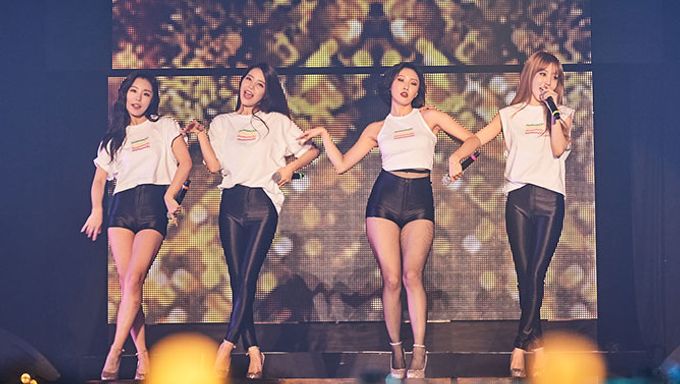 Kpopmap was invited to MAMAMOO's first solo concert, and we bring you a complete review of the girls' special event.

The following review is the opinion of its author and does not necessarily reflect those of Kpopmap.

MAMAMOO just held their 1st solo concert, "MOOSICAL" at the Olympic Hall in Seoul! Since 2 years of hit after hit since their debut, the MAMAMOO girls finally held their very own concert. Throughout August 13th to 14th, the Olympic Park in Seoul was packed with MooMoos awaiting to meet their idols. The overall weekend event was a huge success with great ticket sales and performance responses.

We cover the main 5 points of the event (Performance, 1st Solo, Fandom, Guests and Talk) and go into detail about its complete Moosical review. 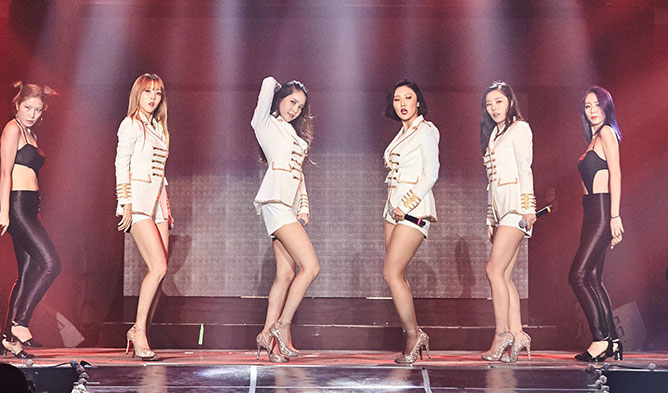 It was a given that MAMAMOO is one of the most talented idol groups in K-Pop, so we went into the show with tremendously  high expectations. The girls didn't meet our expectations, but exceeded over it by miles! MAMAMOO performed for over 2 hours, performing a total of over 20 songs. Song after song, and the girls didn't miss a beat nor a breath. Solar's breath taking belts, WheeIn's beautiful whispers, MoonByul's powerful rap and HwaSa's seductive crazy sexiness; the girls put on some of the most entertaining performances with the most talented vocals. I realized that day that this is why they're a group you gotta hear live before you die! 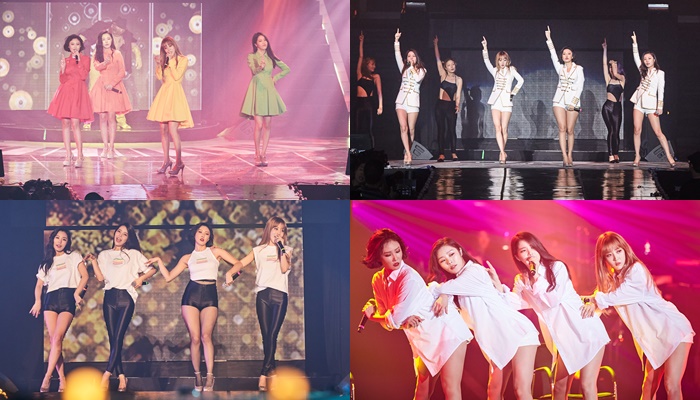 Not only was it MAMAMOO's first solo concert, but also the first time the members held a solo stage! Each of the members took the stage for a solo performance that perfectly conveyed each member's characteristics. MoonByul started off with her rendition of Crush's "Don't Forget", WheeIn continued on with her self composed song "Moderato", Solar took the baton to slay "I Will Always Love You" and "Sexy Back", and HwaSa finished it off with "Stay" and "You Give Love a Bad Name". Out of all four performances, I have to say that HwaSa definitely killed it with her sultry "Stay" performance, followed by a kick ass cover of Bon Jovi. I never knew Rock could be so sexy! 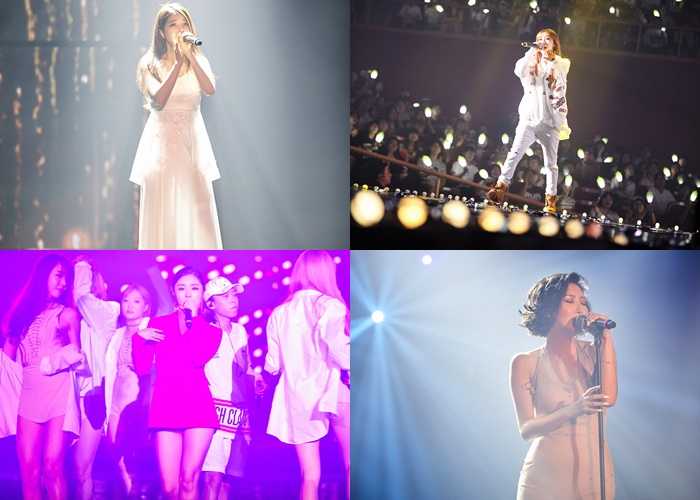 One of the most fascinating parts from start to finish was definitely the MooMoos. I guess it makes sense that the musically talented artists have a following of musically talented fans. From the first song until the encore finale, the MooMoos waved their Moo Sticks in unison to the beat of the music. What was so fascinating was that not a single Moo Stick was off beat. As the crowd sang along with the girls, the harmonization all along the stadium was absolutely remarkable.

With such devoted fans, the girls couldn't not give back! During the end of the concert, MAMAMOO sang the song that they wrote with the MooMoos in mind. As they sang "I Won't Let Go", they walked along the stage to film their fans with GoPros. It was seriously heart warming... and when MoonByul started bawling, I won't lie. A couple of tear drops fell down my face, as well. 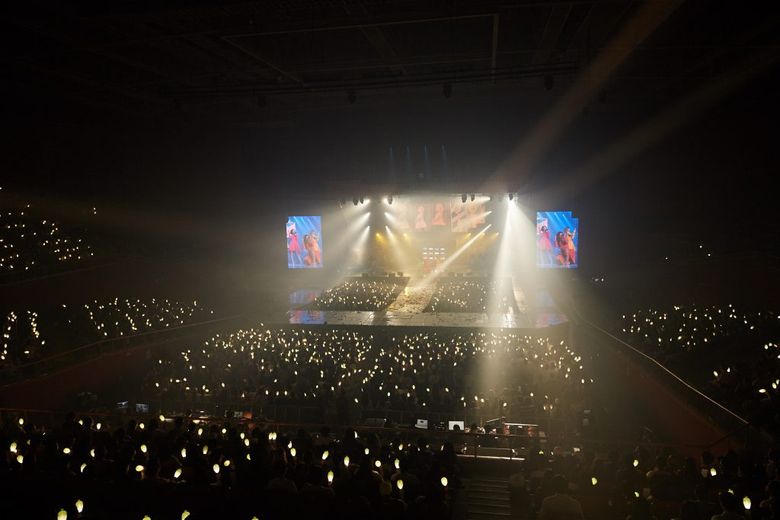 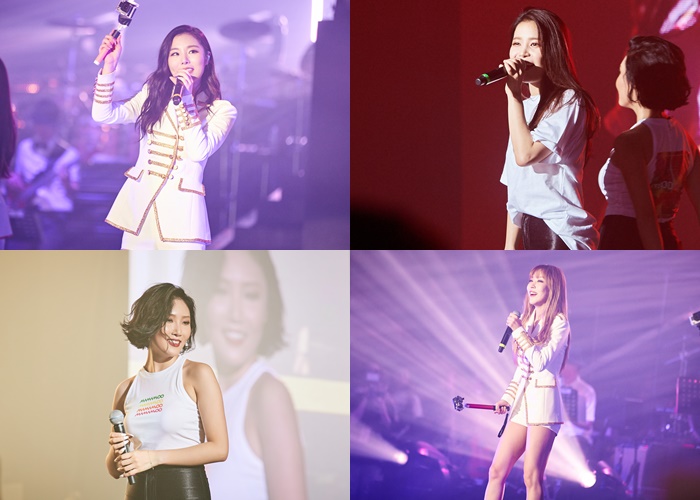 Such high profile celebs gotta have impressive friends behind their backs! MAMAMOO's network connections shined brightly during the concert, when we realized that guest after guest took part in completing their show. The first guest appearance was by Hash Swan, when he joined WheeIn on stage for her self-composed solo track. Although Hash Swan was the featured artist that night, Reddy was ready to take the stage with WheeIn for the stage on the 15th. In a intermission type of stage, MAMAMOO's brothers VROMANCE took the stage to woo the crowd. We were treated to the soothing voices of VROMANCE, but the latest daesae idols I.O.I had made the guest appearances for the 15th show! To top it all off, the most famous Kim ShinYoung took part in acting out the hilarious scenes of a short funny skit video. For their 1st ever solo concert, the guest lineup was pretty darn impressive in my book! 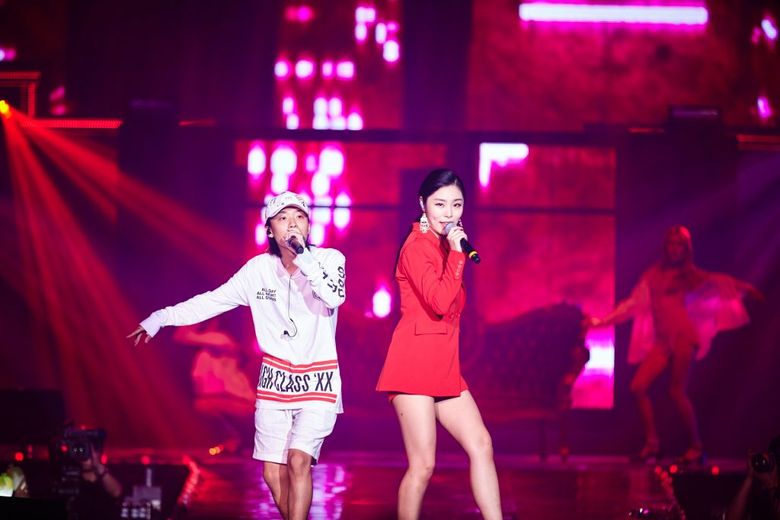 Lastly, let's cover the most challenging part about holding your own concert: the bantering talk. As there's usually no MCs at concerts, artists have to take control of the comments and introductions themselves. The MAMAMOO girls are always known to be quirky and insanely funny, and don't get me wrong, they were. But, perhaps it was the nerves of holding your dream concert, but the girls seemed off at times in their humor with awkward pauses and questionable comments. HwaSa mentioned that she had to hold back on her crazy side, because her family came to see the show, and that she'll be completely crazy on the Sunday show. That left a sour mark on the fans' heart of the Saturday show, but HwaSa was quick to remark that she did let loose today too. The usual banter between the girls seemed pre-planned with unnatural flow, but what can you say? That's the show biz! To say the least, the girls were definitely themselves when it came to joking with each other in ways where you questioned if they're a girl group at all. 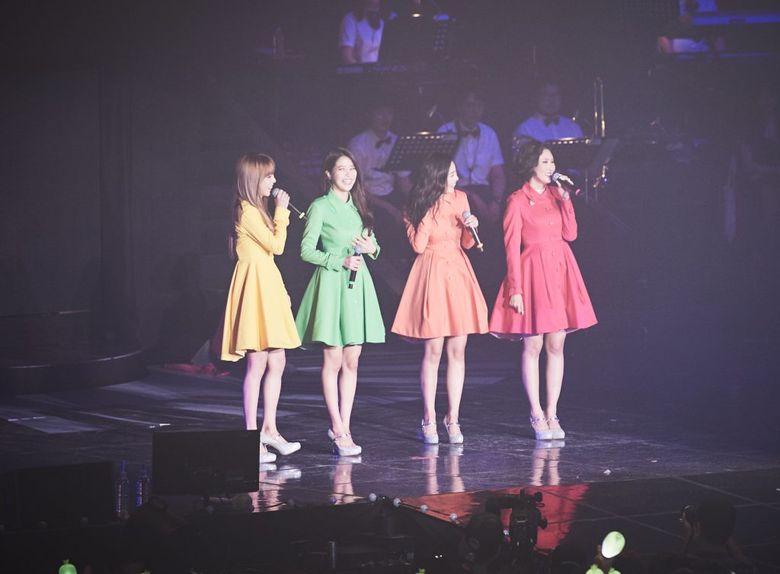 Overall, the concert was a success with tremendous talent through hours of beautiful performances and such positive energy. I can truly say that the event was a great launching point for the girls' future concert careers! Congratulations, MAMAMOO!

Must Read : The 4 Different Selfie Styles of MAMAMOO

wish i was there 🙁 congrats and fighting MAMAMOO!!!