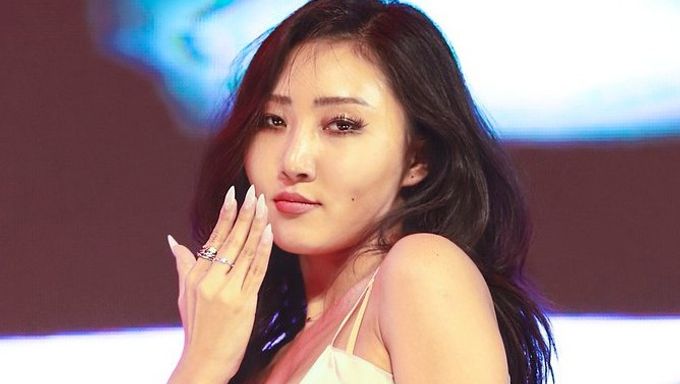 We're not surprised that something like this has become an issue since we don't expect a K-Pop related awards ceremony to take place without something becoming either a controversy or a target for criticism.

MAMAMOO member Hwasa was recently criticized online by netizens for the same reason why she was criticized a while back during MAMA 2018. Her choice of attire during the 33rd Golden Disc Awards once again caused netizens to speak negatively of her and this time, they even included body-shaming. 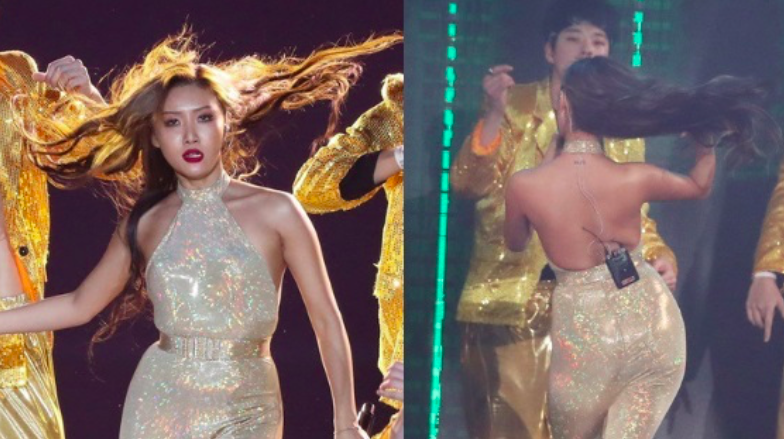 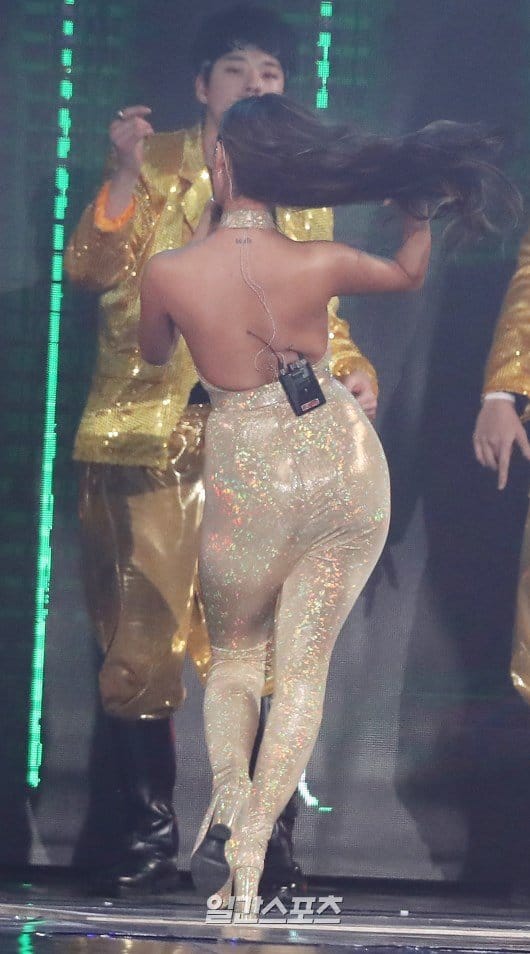 Netizens stated that she was trying too hard to look sexy and stated that she rather looked quite the opposite. They added that anyone who wants to wear a body suit should be slimmer and that she looked like a forty-year old ajumma (aged woman). Others have criticized her in a different way by saying that her attire just seemed in appropriate for the awards event.

Do you agree with netizens? Should Hwasa not have worn that outfit during the 33rd Golden Disc Awards?

I'm sorry...a see body type? Lol what??! She looks hella slim to me

Tbh it's actually funny that Knetz Make these comments, Thinking Hwasa will care. She probably doesn't give a shit ?

That’s rude. Everyone has a unique body and body shaming is disgusting. What she wears is none of your business and she can wear what she wants. People should mind their own damn business. She is a human too and they should let her live her life. Her nt worth is probably triple yours and she is more succesful than you’ll ever be.

BRUH HWASA CAN WEAR THE UGLIEST CLOTHES AND SHE WOULD STILL BE SEXY bruh she doesnt need to try. its her body leave her be just cause yall have no glamourus curves or you are a damned ruler you dont need to @ her honestly leave Hwasa be.
OH AND STREAM TWIT YALL IF YOU HAVENT ALREADY THE QUEEN BE SLAYING!!!!

she tries too hard. LOL

just leave her alone, jesus. she doesn’t even need to try to be more successful than you.

But Kai gets praised for his outfit choice for love shot? Double standards asf

that's what I'm saying. doesn;t matter what you wear you still get hate

it doesn't matter what any kpop idol wears they still will get hate and that picture made her body look bad. but that doesn't mean her body looks bad it's just that they took the photo at a bad timing. I've seen the other photos and she looked great

He got a lot of hate too tho?

Bruh...she's so pretty. People are just jealous. She's curvy and she knows it...she so confident and I love it.

Just to be clear why in the hell should she be worried about those helpless people it's not like they're getting paid.???she is beautiful and wonderful and just because she's beautiful and she's actually healthy does not give you a right to try to hurt her self-esteem. If it anything people should admire her cuz it is Hwasa that give courage to people to become an idol even if you are thick or chubby...cuz at the end of the day it's all depending on your voice and not on your look.☺️☺️☺️☺️ The ones that are unique and different are the… Read more »

seriously? this again? Hwasa is beautiful and there's nothing wrong with her body. Her attire isn't appropriate!! Jesus, people need stop whining and hating women for being themselves!!

Okay f*** those netizens!!! SHE IS LITERALLY SO GORGEOUS AND SHE CAN WEAR WHAT SHE WANTS!!! I DONT SEE THEM OUT THERE WEARING NICE THINGS LIKE THAT??? NO, THEY ARE LROBABLY SITTING BEHIND A COMPUTER IN SWEATPANTS AND A TANK TOP THAT HASNT BEEN WASHED .GOOD DAY .

Breaking News: Netizens B*tch About Hwasa's Attire (Again)
For God's sake, I don't see what's wrong. So she's got curves, and she's actually confident enough to pull off outfits like these. Maybe there's some jealousy going around? Anyway, don't continue to p*ss on her like this, otherwise she might actually start to feel shame in how she looks, and we don't want that.

They need to leave her alone. She looked hasta and she doesn't look old or fat at all. La needs to change their beauty standards Not all women look good weighing under 100 lbs. She has curves and rocks them.

Totally agree with stfu. Also, with a plethora of slim idols out there (and I don't mean to shame them or anything) I honestly find her just size refreshing. Hwasa FIGHTING!

Seriously?? Y'all need to stop this bs. She's beautiful, whatever she wears. It's her body. Her choice of clothing. Nothing to do with your boring lives. Stop criticizing Hwasa for being confident. Y'all need to get that thru your thick skulls. Get a goddamn life