MAMAMOO's HwaSa Reveals Eating Whatever She Wants, Does Not Have Special Diet 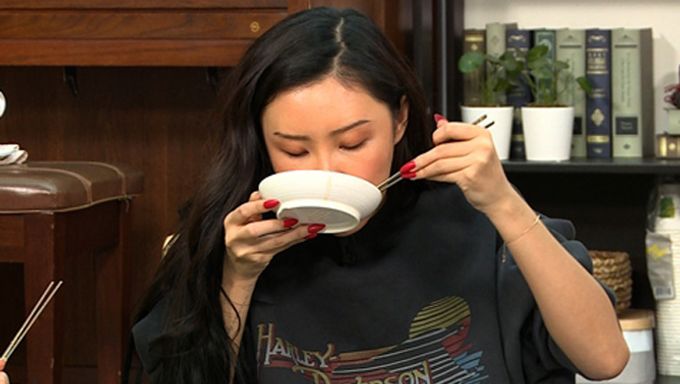 The upcoming episode scheduled to air on Mar. 20 will include MAMAMOO who had just recently comeback with their latest title track 'gogobebe'. It was shared that thanks to their interesting and quirky personalities, the girls had caused the members of the show to become flustered.

During the episode, the members touched on HwaSa and her image of a 'muk-bang (eating broadcast)' idol. Many viewers and fans knew HwaSa had become a hot issue when she caused 'gopchang' to sell out after seeing her eating them on MBC "I Live Alone" previously. 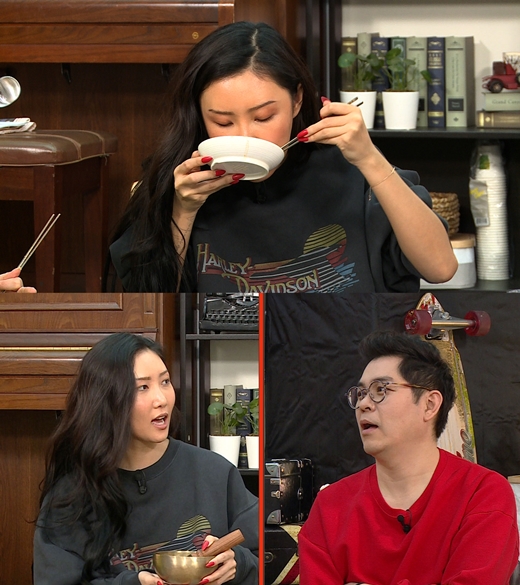 As such, one of the members of the show asked the idol if it was alright for her to eat without watching out on the food she eats.

Many K-Pop fans might know the fact that many of idols are submitted or forced to have diets because their companies told them to do so. However, instead of the usual answer that some might expect, HwaSa confessed that she does not have any special diet and eats whatever she wants.

Hearing her answer, many of those present were envious of her body type.

Are you envious too?

I love her she is amazing and her body is so amazing the fast that she can eat whatever she wants and still look AMAZING it is unbelievable. she is an GODDNESS

HwaSa confessed that she does not have any special diet and eats whatever she wants...

Any fitness trainer can call bull on that!!

You can't maintain a slim tummy while "eats whatever she wants"; exercise isn't enough. Its one thing to portray the 'alternative figure'; its another to claim its without effort. She may not be on a skinny diet, but she definitely watches what she eats!!

she most likely can maintain her slim figure because she dances AND sings. my older cousin dances and she eats whatever she wants.

I‘ve never read that much bullshit at once of course you can have a flat stomach while eating what you want. First of all she also has to dance. Second of all she said she eats what she wants - not that she‘s constantly overeating that may cause a fatter tummy.

Actually, I eat whatever I want and I still have a flat tummy. All my weight goes to my butt/hip area, just like Hwasa. However, it’s all about weight distribution. Some people might gain weight on their tummy and that’s fine. And when she said she eats anything, she might even enjoy eating healthy foods. Just because she isn’t on a strict diet, doesn’t mean she only eats bad foods. She might enjoy healthy foods too :)))