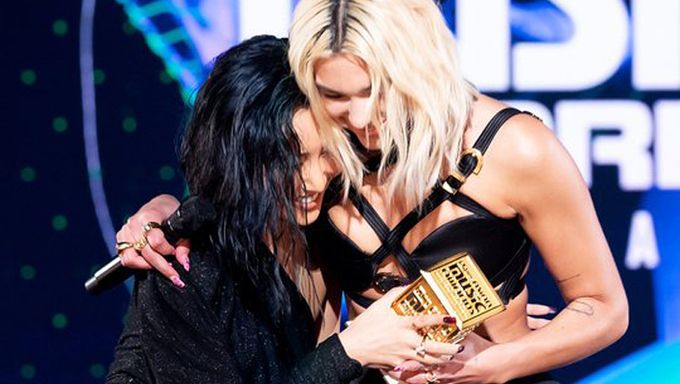 It looks like K-Pop fans are up for a new hit track!

On Mar. 17, it was announced by RBW that MAMAMOO's HwaSa will be featured in Dua Lipa's upcoming new track 'Physical'.

MAMAMOO had also posted an official tweet earlier back in Mar. 16, sharing the photo of HwaSa and Dua Lipa together on stage during "MAMA 2019".

For those who did not know, HwaSa had covered Dua Lipa's hit track 'New Rules' during "MAMA 2019" back in December and Dua Lipa had also given her thanks towards HwaSa when they had hugged together. In just about 3 months time, they had completed a collaboration they many had been waiting for.

Ever since HwaSa's debut under MAMAMOO, she has been receiving love calls from many artists thanks to her unique and talented vocal skills.

Are you also excited for the collaboration?

Read More : 3 Things Hwasa Takes Around In Her Purse & Money Or Isn’t On The List