It’s unfortunate that we no longer have former YG Entertainment girl group 2NE1 around. Anyone who has listened to their music before would know that they were pretty much one of the most successful girl groups in K-Pop history and that YG Entertainment has much to thank them for.

Former 2NE1 member Minzy recently had an interview with Billboard and talked about various things that lead her to ultimately leave the girl group.

She talked about how entering the music industry at such a young age negatively impacted her social life.

“I didn’t know how to have relationships with people. Since I was so young in such a controlled environment, I never learned how to socialize. I really didn’t have a normal childhood — I never went out to play with other kids. I was just training and everyone was older than me.”

And she also talked about how hurtful words, even from YG CEO Yang HyunSuk, put her in a vulnerable and downcast mood.

“People, netizens were critiquing the fact that, you know, we were not the prettiest group. We were the ‘ugly group.’ I didn’t know how to process that, I held that in. It was tough. We pretended it was not a big deal and tried to forget about it, but you can’t forget about it — it’s tough. I was trying to keep up with the other girls in the group in terms of maturity, but when you’re up against these girl groups who look like models and you’re doing something different — cool, but different — you deal in a different way.”

And despite the success that she and her fellow group members achieved over time, suicidal thoughts and depression became a serious problem for her during her teenage years.

“I would go on stage and everyone was so supportive, they’d love me, Then when the stage was done, I would be in the hotel feeling so empty. Life felt like just a stage. I didn’t know what was my life about; I wasn’t sure if life was better as a performer or if life would be better just alone. It was such a contrast, but I never had the time to figure out how to balance both being on stage and being alone.”

In the midst of her troubles, she also revealed how she was able to confide in producer Teddy Park of THE BLACK LABEL.

“Since I was the youngest, he would try to encourage me. He would say things like, ‘I know you’re feeling like you’re depressed and struggling with your depression, but you believe in God and you’re going to get through this.’ I have good memories of him. I’m really thankful for Teddy and see him as a good person in my life to remind me to keep going even when depression was at its worst.

I needed some time to deal with my depression, find my own way and decide if this was something I really wanted to do. It was something I was doing for so long, but it was so hard to maintain. I had to find my own direction, and the only way to do that was by leaving the group and fighting for my own will. I was wondering, ‘What is my life about? Leaving 2NE1, it’s not about leaving [or] breaking up the group. It’s that I fought for myself, my own future and what I wanted. I finally chose something for myself. I did feel pressure and a burden when going solo, but it was a good burden.” 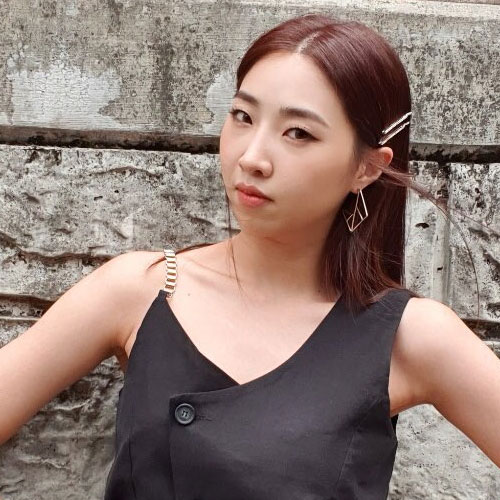