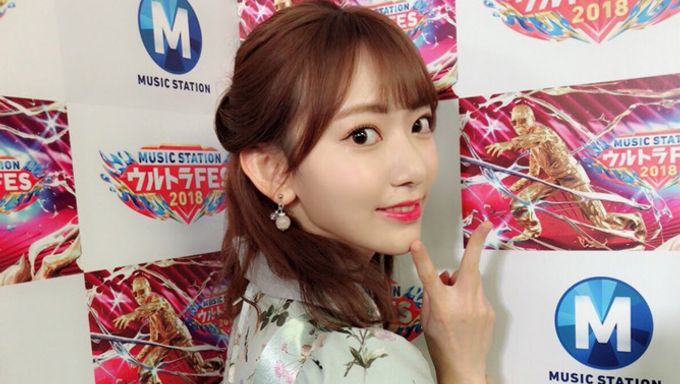 Recently on an online community, supposed pictures of Miyawaki Sakura were spreading online. However, this time it is not for a good reason.

It was believe that in the photos, Miyawaki Sakura was seen to be on an one on one date with the creator of AKB48, Yasushi Akimoto. 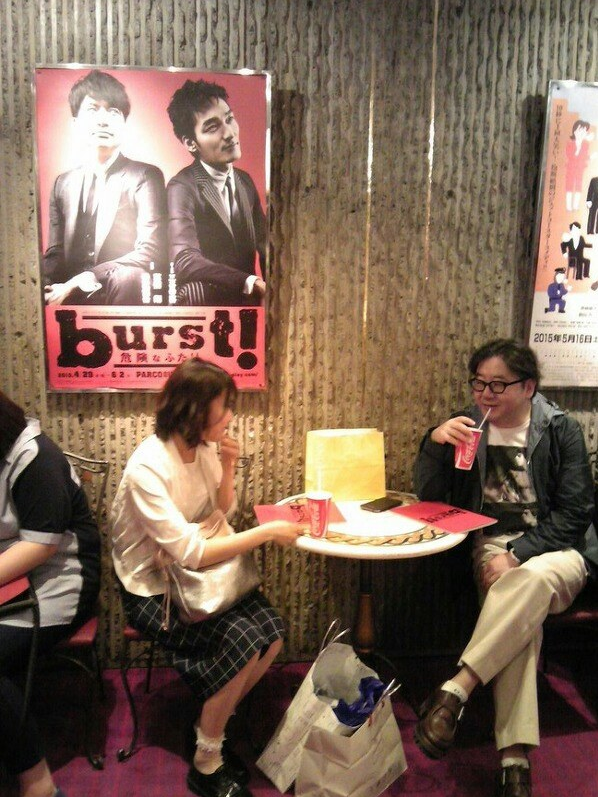 Looking at the photo, some netizens assume that it was Miyawaki Sakura and both of them were drinking Coca Cola in the cinema.

Through another photo, both could be seen attending a concert while sitting beside each other. Miyawaki Sakura is assumed to be the girl sitting beside the woman in red.

Some netizens also happen to find a picture of them having a meal.

Despite that having said, some netizens sided with Miyawaki Sakura, saying that it was just a meal and people should not think too much into it. However, on the other hand, some felt that it looks inappropriate. They even gave an example by asking people to imagine one of BLACKPINK members watching a movie alone with YG Entertainment's CEO Yang HyunSeok.

What do you think is happening between the two of them?

Firstly, there is no solid evidence the girl sitting with him was Sakura. The post say “netizens assume” not that they were 100% sure that it was indeed her so stop referring that it is truly her in the photos. Secondly, this might sound harsh but it’s a normal thing in the entertainment industry, it’s not like she’s sleeping with him but lots of members go out with their boss too and if managing a good relationship with her boss gives her some edge in the fierce competition, why would she refuse the chance and even if she was not… Read more »

Lol this was like in 2015! Who ever made this is such an attention seeker. Sakura has been in the 48g since she was flipping 13. Im sure there relationship is probably like A father and daughter . Just like how Takamina and Aki-p are close friends despite their age gaps. But then again who knows ??‍♀️.

No, all pf you guys are being very naive. This is very common in the entertainment industry. Some people sleep with producers to get what they want. I cant say whether or not they are going on a date, but yall shouldnt try to defend her so much either. I mean, if someone admits to it and you’re proven wrong then you become a fool. Asia is very different than else where, all of you guys are so fing naive it ‘s making me sick. Honestly, would you go on a emal in the theatre ALONE with your super old… Read more »

Ughhh you are such attention seeker using SAKURA as your stupid fake news,make others hate her and jealous because of her success,nice try go search more.SUCK.ATTETION SEEKER

She joined HKT48 when she's 13 y.o. it's so long long...bond in the agency
(**FYI, one of examples: Jung Eunji alone went to have meal with her CEO, he called her to have meal with him, before...and it's about contract discussion)

All photos were very old, and those were not sakura's latest photos
Maybe the one who made that news is just envious of sakura's success!!!

Isn’t this old news??? They’ve done it before and y’all stay saying the same thing, I highly doubt it’s that even tho I find AY to be kinda gross

WTH, Yasushi Akimoto proabbly was congratulating her cuz of Produce 48, or just having a meal, what is wrong with knetz today?

When a picture above ?

A date my arse...more likely they were discussing her future,just maybe it was about him producing a solo song for her..

Anyone notice the comments below the last picture was in Korean. It's a culture diff. thing. What's wrong with having some downtime with your boss. K-pop netizen trying to start fire on ice... as usual.

She doesn't look Sakura at all. ? ? why do people always believe in rumors, or should i say spread a false rumor, and also Mr. Yasushi Akimoto ia married man.

if they really want to date (for what idiot netizen thought), they wouldnt be easily spotted like that. then if you want to talk appropriate or not it is not appropriate to take picture without consent. people just didnt want to go hard way so they let people like that go. but they can easily sue people took picture like this. for one positive reason is sakura recently won 2nd place for pd48 right? maybe akimoto asked her experience and maybe affect future management of akb48 group. another good reason sakura might ask akimoto for what should she do next… Read more »

people who consider it a date are very idiots, they only discuss a job and maybe get an invitation to watch a concert. never think badly ,sakura is just a small child who is reaching his dream of being an idol