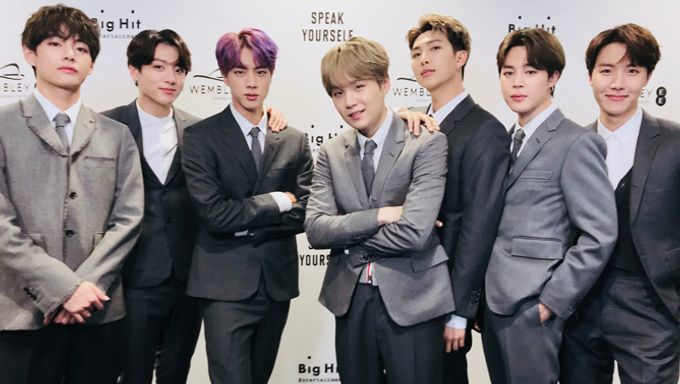 Did you manage to catch the live streaming of BTS concert for "LOVE YOURSELF : SPEAK YOURSELF" through V-Live + on June 2, 3:30 AM KST?

It was reported that at least 140 thousand fans from all over the world had paid for the streaming service and enjoyed the concert at home.

BTS WORLD TOUR 'LOVE YOURSELF : SPEAK YOURSELF' Live Streaming in WEMBLEY STADIUM will start at 7:30 p.m.(UTC) in a few minutes!#BTS #방탄소년단 #BTSWORLDTOUR #BTSatWembley

One reason why this has become such a huge news is because of how BTS is the very first Korean act to have performed at such large stadium (60,000 audience). Previously, worldwide artists and bands such as Queen, The Beatles, Michael Jackson had performed at the exact same stadium. The boys had once again made history.

According to Naver V-Live, they shared that there are BTS's fans all over the world and in some places, fans are unable to get tickets to watch them perform. In addition to how the show in Wembley Stadium is the very first for Korean artists, they also found it meaningful that it is known as the dream stage for artists all over the world. Continuing, they felt honorable to be able to stream and share the special moment with people across the world.

With the large amount of streaming across the world, Naver V-Live also mentioned that they had prepared themselves for all sorts of possible situations. The staff had headed to Wembley Stadium earlier and double checked the system as well as the live streaming technology they have been using.

The concert for Wembley Stadium on June 1 will be available as VOD later in the near future.

Concluding both shows in London, BTS will head to Paris for their next stop.

Read More : Wembley Paints Itself In Purple In Welcoming BTS To The UK