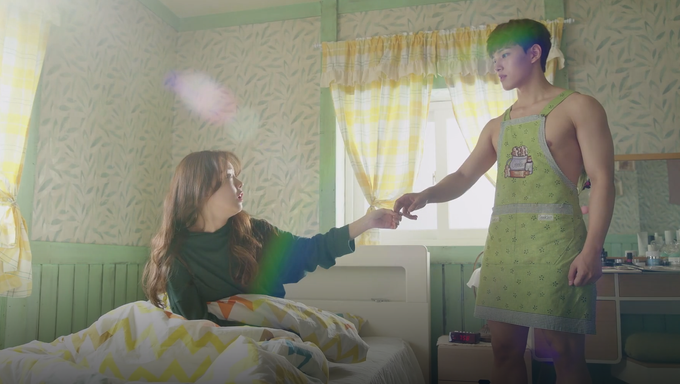 If you have been a fan of dramas (not only Korean) for a long time, you will remember the popular various adaptations of the Japanese manga "Absolute Boyfriend" by Yuu Watase. It is a sweet fantasy romantic comedy drama telling the story of a girl and a robot who is an ideal boyfriend.

The first adaptation was Japanese (also named under "Zettai Kareshi") and aired in 2008 with Mokomichi Hayami, Hiro Mizushima, and Saki Aibu.

The second adaptation in a drama was Taiwanese and aired in 2012 with Jiro Wang, Ku HyeSun and Hsieh Kun Da.

The third one is the Korean with Yeo JinGoo, Girl's Day's MinAh and Hong JongHyun. The drama will premiere on SBS on May 15. It tells the story of DaDa, a special makeup artist, who has a cold heart because she was hurt by love and of an android robot built as the ideal boyfriend.

On Apr. 19, the first teaser was releaser and it wowed many!

The scenes are already getting viewers excited at it!

For more information about the drama, you can check our cast and summary here.

Are you going to watch?

Yeo Jingoo???? I cannot wait to watch the new adaptation, love the taiwanese and the japanese