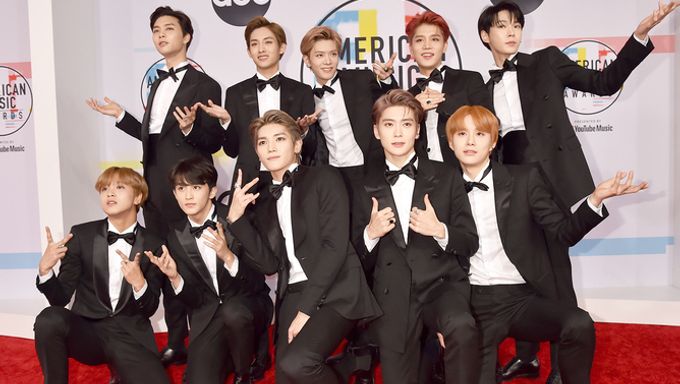 NCT 127, currently busy in the US for promotions, will be appearing on 'The Late Late Show With James Corden'.

The group recently encountered some unfortunate moments involving sasaengs, but they're not letting pests get in their way of their plans for securing a spot within the US music scene, which they seem to be doing very well at the moment as they've appeared on several popular TV programs as well as the AMA's as well.

NCT has also performed a mashup of their two songs 'Cherry Bomb' and 'Superhuman' recently on Good Morning America back in April.

Be sure to tune in next week to catch NCT on 'The Late Late Show With James Corden'!