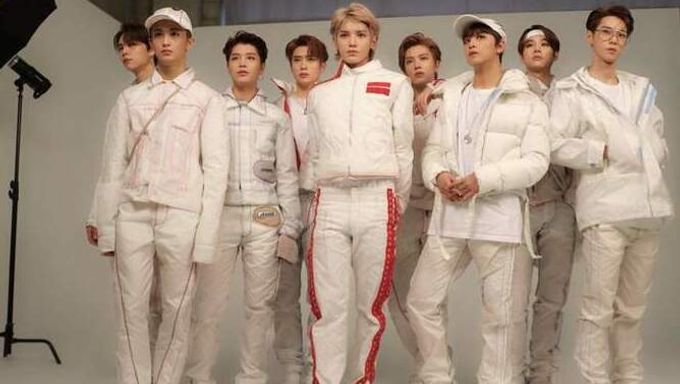 After an unpleasant welcome for the boys of NCT in Mexico when security was busy filming the boy group members instead of protecting them from crazed fans, things have turned even more far south as many fans are criticizing their own at the moment.

So what's all the  commotion about again this time?

Take a look at the script for the fan chant below for their song 'Touch'.

At around the bottom, you can see that Winwin's name in the fan chant has been omitted.

This has been angering other NCT fans at the moment, as they feel that despite Winwin currently not promoting with the group, there was no reason to have his name omitted from the fan chant as he is still part of the group. In addition, many have been saying how Winwin played the biggest role in helping 'Touch' become a success.

Read More : Chinese Fans Demand Answer From SM & Label V On Why Winwin Couldn’t Sing Or Dance By Himself

this is so disappointing, winwin doesn't deserve this and neither anyone does.

im so sick and tired of winwin getting mistreated. why do people even do stuff like this -_- its so rude. hes apart or the team, and contributes just as much as the other members (considering hes in 2 units)

actually he’s in 3 units: U, 127, and WayV...but yeah ppl are super rude and at this point it’s just sickening

this is so disappointing...guys do the fvcking math: 1+2+7= 10 SO there should be ten names in the fan chant!! WinWin is part of nct 127 he always has been he always will be y’all need to apologize this is disgusting

Nctzens Mexico, you owe an apology to WINWIN. Your parents thought you better.
SMentertasinment mistreats it WINWIN and Johnny by not given them enough lines.
Support the artists not the agency's view. They would treat you the same way if you were a trainee.

I don’t really know much about this group, but I do agree that Winwin’s name shouldn’t have been left out of the fan chant. Fan chants are very special in Kpop, at least to me, and it wouldn’t feel right to leave out a member of a group, no matter the situation.