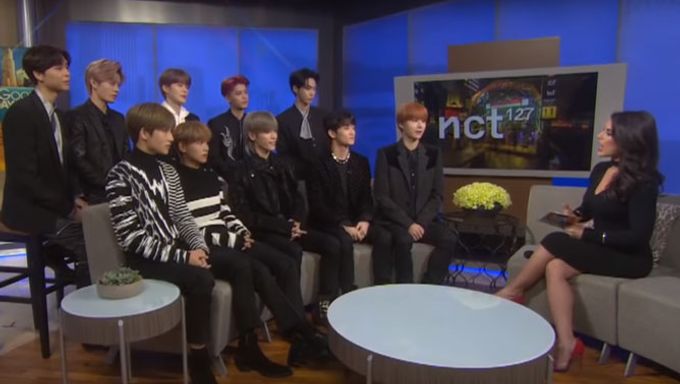 NCT 127 was having amazing activities in the U.S. They are the first and only K-Pop group to feature in Apple Music "Up Next", they have been to the 2018 American Music Awards, and they appeared on "Jimmy Kimmel Live" where they performed.

They also appeared on the show "Good Day LA" (Fox) on October 9th. This is where member Mark was the victim of a more-than-questionable question. Mark is born and raised in Canada, he -obviously- is a native English speaker. 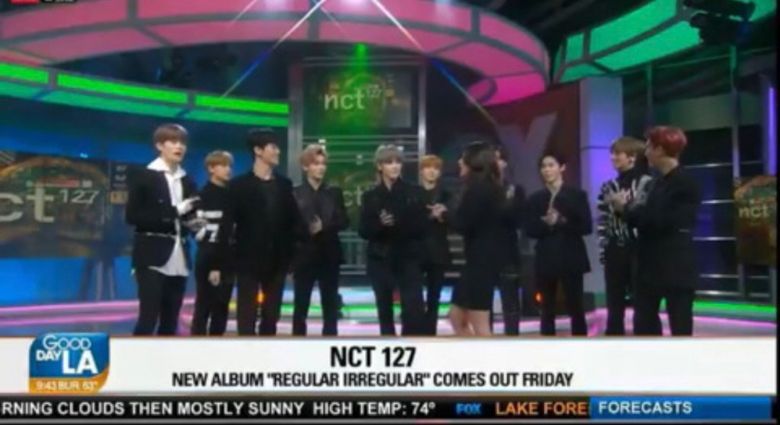 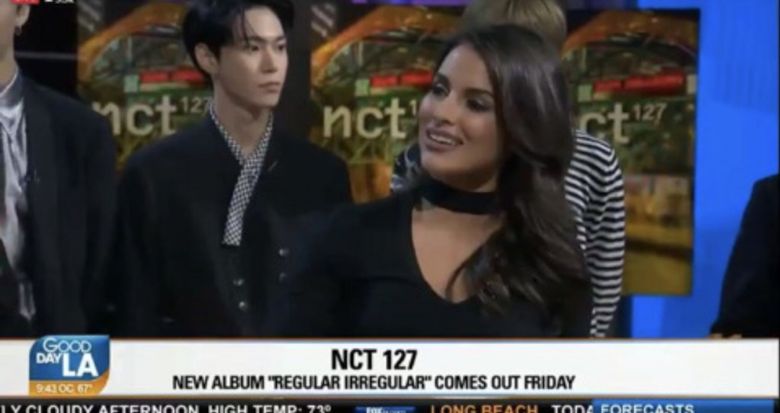 During the interview [all in English], the host of the show was asking about a birthday present and the conversation ended up like below.

Host: And you are from Canada?

Host: Very cool, your English is awesome. I love it. Very cool

She was basically praising his English.

Mark was taken aback but kept smiling. HaeChan's face seen on screen on the back was saying much of the situation.

Fans criticized the host for an "unprofessional" attitude and "racist" comments.

What do you think about the issue? 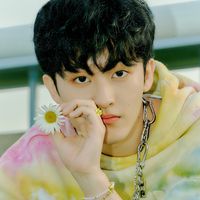 Omg i cant beleive this is the reason mark is receiving hate and please stop harrasing him on vlive's u guys say its educating but its not he was litterally shaking i seriously cant beleive it people really dont know how bad it can damage the mental health. Please stop.

Okay, I've gone to watch the clip of the interview. Please stop dissing her, guys. You don't know whether or not she was chosen for her looks and really, saying that to anyone is probably very impolite. She is rather uneducated for not being informed on her guests, but what do we know about that? Maybe it wasn't her fault either. It may be from a lack in professionalism, or a genuine mistake someone made, which is completely human. It's not like everyone in the world knows about NCT. And about her comment on Mark's english: she isn't informed on… Read more »

Lol before she said that he said he was from Canada, and then she said oh your english is awesome... Girl what were you expecting? He said he is a native english speaker... The interviewer was so dumb, I don't think it is a lack of professionalism but dumbness instead.

It's not racism. It's run of the mill TV bimbo host syndrome. Ugly to the bone.

He's CANADIAN. Yes, he is Korean but so am I, yet my English is just as fluent as his. This woman clearly got her job by being pretty, not by actually demonstrations of intelligence. Mark was born in Vancouver. People need to learn respect with the rise of K-Pop groups. Some groups-if not all-have fluent English speakers as members. With NCT and BTS becoming especially popular in the West, more and more people need to learn that some members speak English and even other languages just as well as Korean, if not better. This incident is just like NCT 127… Read more »

His “Korean” is awesome!

it was pretty rude but idk abt racist...
maybe she didn't mean it that way or smth

They stupid Americans... wat do u expect???

It's stupid, not racist

That is kinda rude though. He’s from an English speaking country!

She got her job based on looks, needs to keep to the script