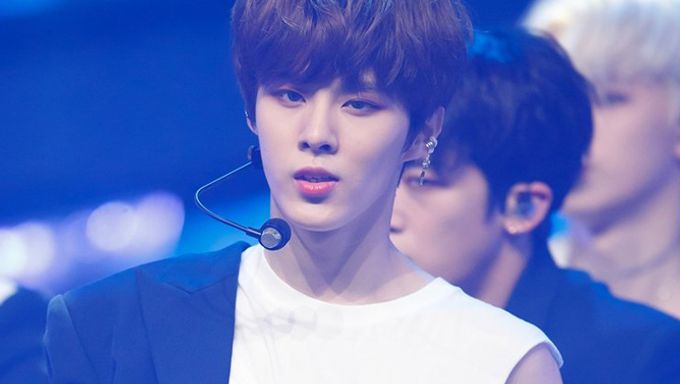 X1 has successfully completed their debut stage performance on Mnet "Mcountdown" on Aug. 29.

For those who did not already know, X1's Kim WooSeok is also a member of UP10TION.

TOP Media shared a tweet congratulating Kim WooSeok on his debut as a X1 member and fans who had seen it were amazed by how the company was mentioning the idol.

The reason why they were amazed was because compared to when Wanna One debuted, NU'EST's MinHyun was not mentioned by Pledis Entertainment. It seemed as if there is an unspoken rule that companies were not allowed to mention the members after the debut.

Although it is not officially confirmed, it seems like they are trying to keep things safe because of the contract which caused many fans to feel disappointed. 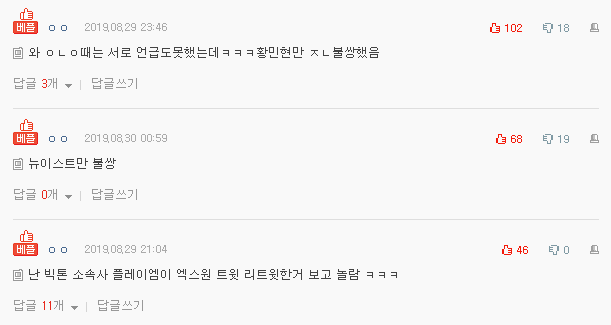 Netizens shared that they remembered the time when NU'EST's MinHyun had to be careful when interacting with NU'EST and also that they were surprised when VICTON's company, PLAY M, had actually retweeted a tweet with X1's Han SeungWoo.

However, seeing how TOP Media was mentioning Kim WooSeok, fans were impressed and loved how the company is supporting the idol.

UP10TION was also seen snapping a photo with X1 at the backstage of "Mcountdown".

The friendship between these two groups had caused many fans to feel happy that they are getting well along with each other.

UP10TION is now promoting their latest title track 'Your Gravity'.

Were you also impressed by TOP Media?

Read More : X1’s Cho SeungYoun Surprised Kim WooSeok With Unexpected Move During ‘U GOT IT’

Bcoz hes still our Wooshin n he shall return to us one day..Up10tion X1 fighting