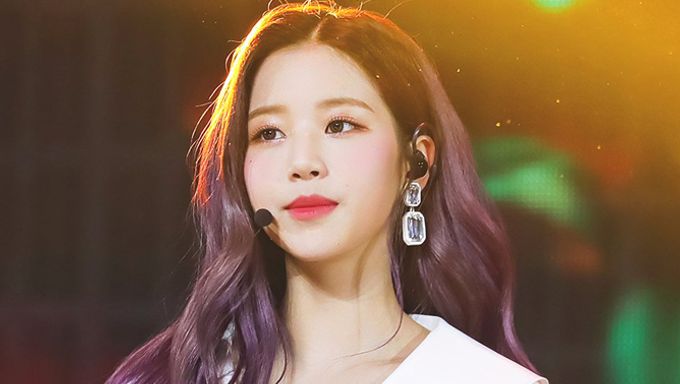 It has been a while since "KCON Japan 2019" had taken place but fans who were present could not forget this memorable event.

One reason was because when IZ*ONE appeared and performed their hit songs, fans happened to notice how maknae WonYoung was exceptional in her facial expressions.

At the start, she was seen to be smiling into the camera and fans were amazed by how the lightning and cute outfit allowed her to stand out.

During her part of the song, she was also able to capture the hearts of those who were present with her cute hand gestures.

Of course, she also did not forget to give her fans a wink during her part.

Fans who had seen the gif and pictures taken on that day were talking about how she was born to become and idol. They were impressed by her stage professionalism despite only being 16 (Korean age)!

Are you also amazed by WonYoung's facial expression?

Read More : Fans Love How IZ*ONE’s Sakura Pulls Her Hair Up In A Pony Tail

She's actually a brat... :(.
I thought she was the best until I saw evidence that she bullied a disabled person.

Stop lying ! That didn't happen it's a lie that you just made up i searched for it and i couldn't find it anywhere if she really did bully a disbaled person it would be a big deal and a huge scandal you just want people to hate her because you're salty if you don't like Wonyoung then thats fine but don't spread lies about a 15 year old get a life people who do stuff like this really dissapoint me

not gonna lie...wonyoung is one of those people with a different personality off stage. you can tell in variety shows and their reality shows that she's a little bit rude to the other members.

Where's the proof? And did she bullied? Did yourself witness the bullies?

Age does not reflects one's talent??

wow she's mesmerizing. I have no words...

Of course she's Born To Be Center! even in produce she had exceptional on-screen presence and amazing facial expressions.