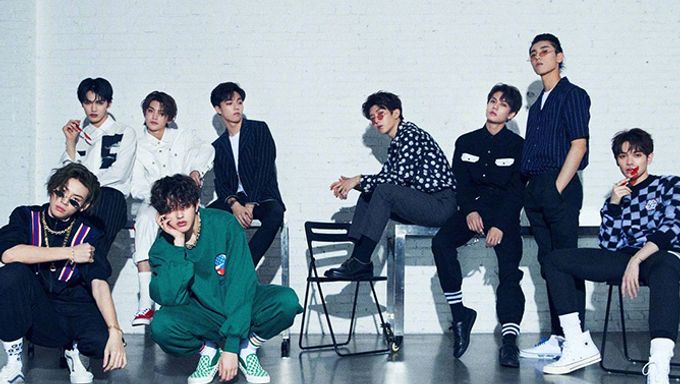 While South Korean netizens have criticized China for 'copying' idol producing survival programs, they were lost for words when Nine Percent's recent photo was released online.

Nine Percent is a new idol group formed in China through the survival program 'Idol Producer'.

Their recent photo shows them all laying down and looking up at the camera. It has a striking resemblance to Wanna One's '1st Look' photo. Have a look below!

South Koreans have accused Nine Percent's agency of 'Ctrl C + Ctrl V' ing everything about Wanna One since the beginning of the production of Nine Percent.

I still love nine percent and nex7. but copying is very illegal but the south koreans must have been sorry to the china. and i think that they still are talented boy group.

right, because if anything's remotely similar, it's copy-pasted.

The agency usually wouldn't have a say in which poses they should use in a magazine cover, it's usually the magazine photographers..... But look, EXO has nine members and so does Nine Percent. Nine Percent is trying to copy EXO because of their success. Another group called NEX7 made from trainees of the same variety show has seven members and they sing and dance and rap too! They also have such a close bond.... they must be copying BTS because they have seven members and they also sing and dance and rap and their members have a close bond too!… Read more »

I really hope you aren't serious and this whole post is just sarcasm.

That's what I'm wishing too