Netizens Criticize ITZY Lia & Say She Is A Lazy Dancer 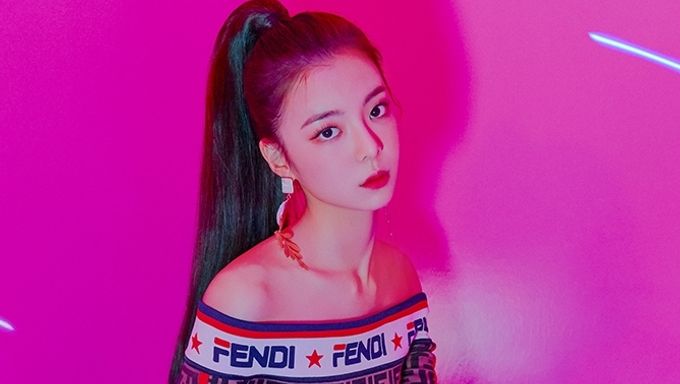 ITZY's relay dance video for 'Dalla Dalla' which was taken during KCON 2019 Thailand by M2 was recently shared online.

Netizens were quick to criticize group member Lia as they felt that her dance moves were as they described, "lazy", and less energetic than the rest of the members.

They even stated that they felt she wasn't really putting much effort in to her performances.

However, perhaps netizens are being a little too harsh by going as far as saying she isn't putting any effort in to her dancing as she still seems to be very presentable. Maybe she was having a tough day?

You can check out the video below to decide for yourself. 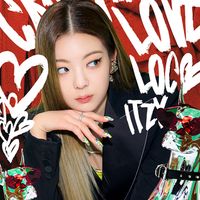 Became a fan of Lia

Lia is main vocal and for lazy dancing is really stupid to quote she is. She tries her best in every choreography in Itzy and keeping up with her members. She not lazy, she not best at dancing so there might be a small time out when she dancing along with Itzy members which is not surprised. I wish people would stop calling her lazy dancing, because she still a rookie who still has time to up her dancing skills to professional standards.

so many superiors criticising everything
without knowing the reason behind

Is it just me or did Lia look a tad bit ill? I could just be seeing things, but to me she looked a bit pale...

Knetz showing their Non-existent Choreography skills again!
The Ignorance of these Knetz is starting to get on my nerves!

Before bashing people have to understand it's a relay dance not a stage performance. She was not being lazy. Idols are not supposed to go hard and dance perfectly in relay dances, they are just supposed to have fun. It's completely the idol's choice whether they want to just play around and have fun or dance perfectly. Lia is just having fun, haters really need to use their brains and get their common sense right before bashing others. I really don't understand, don't these haters have some actual work do to then hating people for no reason.

Tbh I kinda feel bad for her, just debuting isn't easy. There's a lot of stress put in you, so I think that may be one of the reasons she's like that. I also feel like she puts more effort into her expressions than dance, and I'm fine with that. Some netizens are just assholes, you guys don't know what's going on with her so don't bash her

This is not as much as a problem. It's just one day. Jennie was doing this for like months.
Why are Netizens so bad nowadays???

She was probably shy... or nervous.. or something along those lines. But here are some netizens assuming she was lazy. Do they know why tho??!!

I can see that Lia's dancing is a little subdued compared to the rest. BUT that is part of her charm and she might be focusing more on her facial expressions than showing a very aggressive dance and her relay turns mostly coincide with parts of the song that don't require alot of aggressive dance ability. She definitely does not deserve the backlash she is getting. Those haters seriously don't have anything better to do than to complain about every little thing lol.

Than laziness I see lack of confidence n skills she needs to gain more confidence T^T pls don't bash her she didn't do it purposely!!

Yall need to chill you find it in you to bash everyone if they dont meet YOUR standards. Its not ur company the girls or any other froup dont velong to you. Yes you help with their wages but that doesnt mean anything that doesnt give you the right to bash them and humilate them. How would you lot like it if your employer or boss or whatever humiliated you infront of everyone over something that is not even remotely worth being seen as breaking news or soemthing so shocking? You wouldnt like it. So do t bash someone over… Read more »

Lia has never been confident in her dancing. Her main focus has always been vocal. People need to stop with unnecessary hate.

If she danced with any more enthusiasm the chain around her waist would turn into a weapon.

They pick on her for everything. Her looks, her singing and now her dancing.
She isn’t a revolutionary talent but it doesn’t mean that she’s incompetent. She’s still good at what she does.

Imagine jennie or anyone of blackpink members did like this, knets are going to make this things biggger .The reaction of knets on the last article about blackpink being late on adidas event was signing petition to disband blackpink . Blackpink actually didnt late tho.

Before, Jennie of Blackpink and now Lia. Y'all stop bashing kpop idols. They're also human sometimes they feel exhausted and we people do not have the same endurance or strengths.

I don't mind, maybe she didn't eat and was lacking the nutrition she needed, and there are other things to consider too! I love ITZY and I know they do their best, it's not like you are learning a dance.

1. Lia isn't the main dancer
2. She trained for the shortest period
3. This is just ONE instance and netizens need to calm their tits ffs. Let. The. Girl. Live. She does her best in all of their performances even though she's not a trained dancer and I for one, appreciate that. Anyone who thinks otherwise can go suck it.

Maybe if she was fed properly she'd have more energy

i say this with complete honesty because i am not an itzy fan and i have no problem criticising when idol's are not showing their best. i think she was a bit lacking on her first turn but it seemed more like shyness or something

K do not judge her do you know the choreography? No then keep ur mouth shut and don’t judge our precious Lia