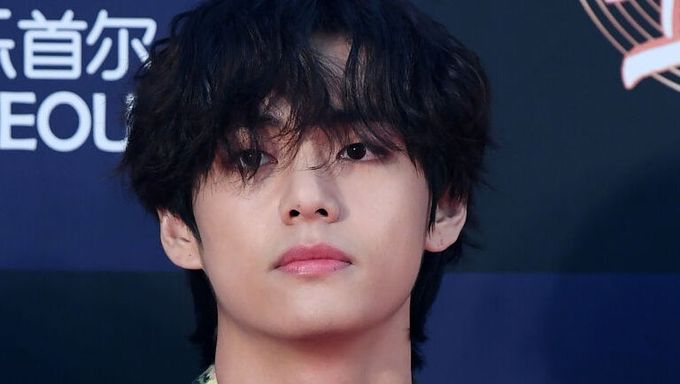 THE FACT/Imazins via Getty Images

Netizens of a popular online community have been debating about BTS member V's response to a foreigner on Weverse.

So it turns out that someone wrote saying:

"I'm about to buy a dog, what do you guys think would be a good name for it?" 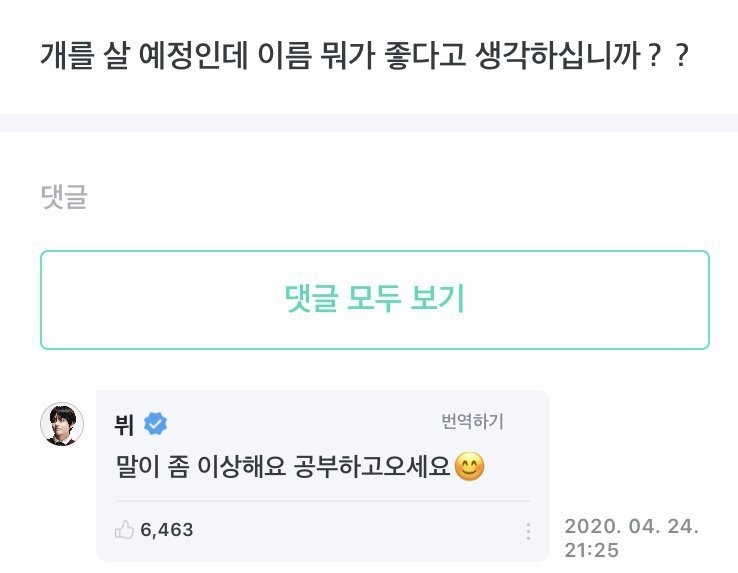 "You're manner of speech is weird, study some more and come back."

Netizens have been talking about two opinions:

A. V was being a bit too harsh to a foreigner who can't speak Korean fluently.

Of course, V did also did give another reply later saying that it was a translation mistake. 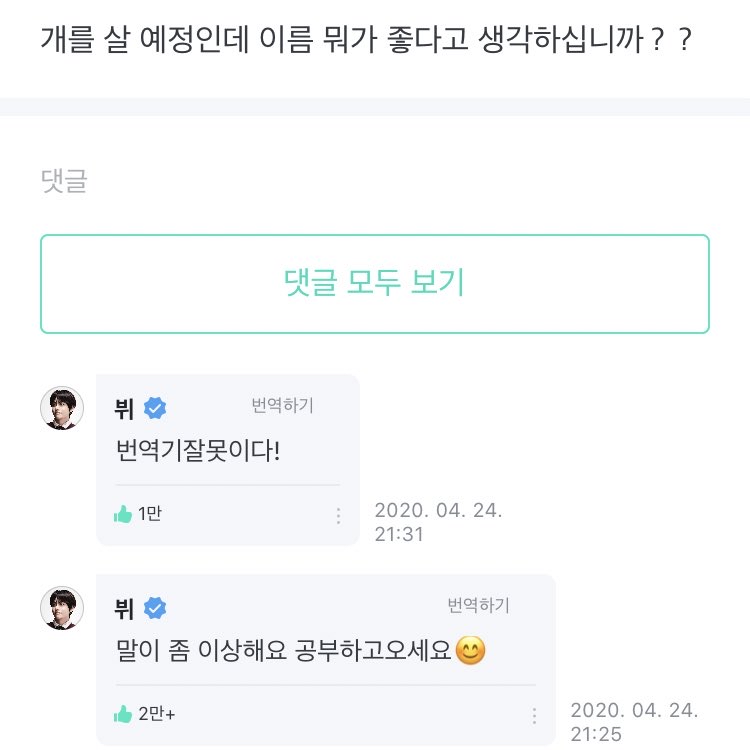 Some have stated that as a person who owns a dog, the wording might have been slightly strange. Others have stated that V's reply to the person is controversial and that it was unnecessary.

For ur info u know taehyung has his own way of speaking and u know how taehyung speaks in interviews or broadcasts. and plus Im pretty sure it was a translation mistake or it was just the way taehyung said it. Or either swag master suga taught him to be savage. And also I'm pretty sure u know the love he has for his fans so stop harassing him and leave him alone as if all of u never have been savage in ur life. And also ur forgetting that bighit ent Sue's people who leave malicious comments about their… Read more »

there are a lot of translation mistakes on weverse. It was obviously a mistake cuz he can never be like that.

Only you don't know him to say such thing

ya i guess i have to agree. i still love you V.*if he sees this

Its either the translation error or min yoongi taught him to be savage af. Its normal, pls leave him alone.

um maybe your right cause that just that awsome guys sweg.

it was a mistake. everyone makes mistakes. leave him alone it was a translation error. please stop harassing tae oppa ??

I mean, he could have said it in a nicer way.

I mean, he could have said it in a nicer way though.

I can only say He slightly change but then others says that it's just a mistake. It's only Taehyungie only knows about this.

We all army's can agree that taehyung did change but whats really happening is taehyung is maturing as he grows. He's a 25 year old man for gods sake. Ofc he would change. Everyone changes. It's a translation mistake. Cause even if taehyung matured he would never speak in that way.

People make mistakes. We are do, all the time. V must have misunderstood the translation meaning. We know how well mannered and cordial he his. So stop debating on a trivial issue like this. Get over it...