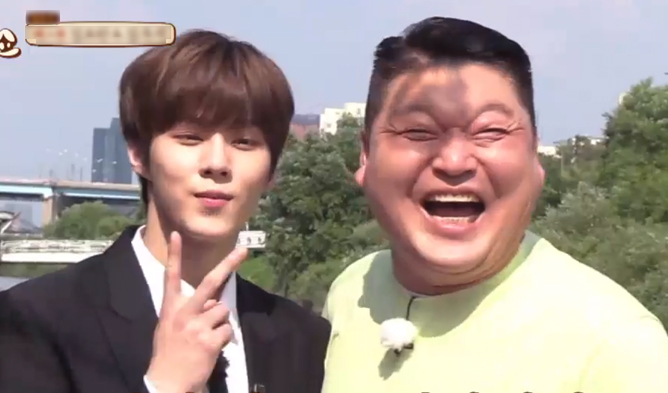 On the most recent episode of JTBC “Let’s Eat Dinner Together”, X1 ‘s Kim YoHan and Kim WooSeok appeared as guests.

Both the MCs were more than happy to welcome the two idols and allowed them to introduce themselves to viewers.

That was when Kim WooSeok’s face size was being compared with Kang HoDong‘s! 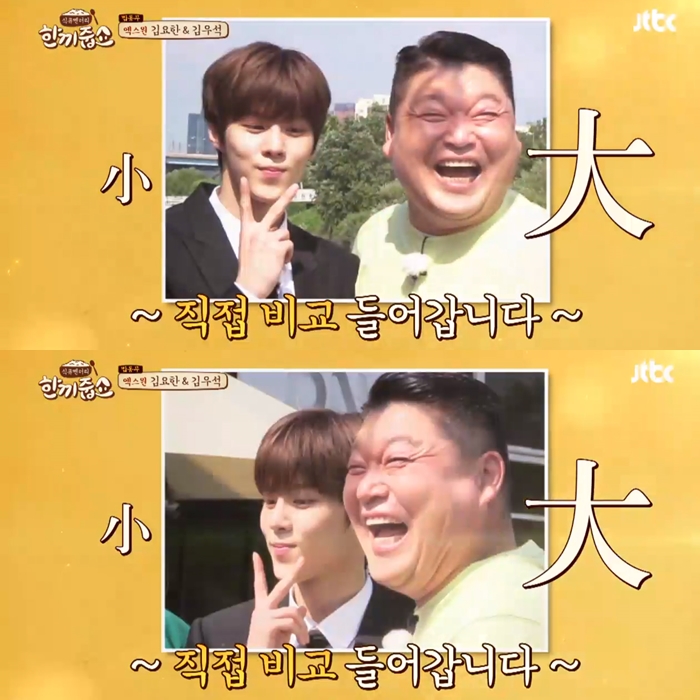 In Korea, having a small face is considered beautiful and so, there are many celebrities who have small faces.

As Kim WooSeok stood beside Kang HoDong, many viewers were surprised by the size difference!

They left comments on various online communities saying that it seems like Kim WooSeok has a really small face and wonder how they would look like if they were to stand beside him.

Were you also surprised?

Read More : QUIZ: Which X1 Hyung Line Member Will Be Your Boyfriend?