Netizens Have A Message For Pentagon, Prepare For Produce Season 4 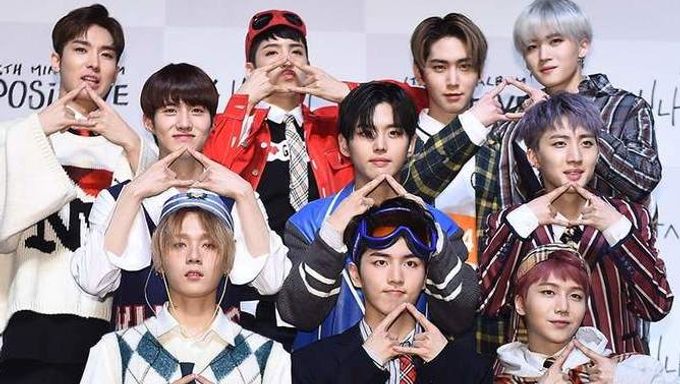 After the whole dating drama being revealed to fans and the public, K-Pop idol group Pentagon seems to be in quite a lot of trouble as many fans are currently turning their backs on them. In fact, it has been reported that nearly five hundred fans who were to attend their fan meeting inauguration ceremony canceled.

But before continuing any further, let's take a moment to ask ourselves how dating could have brought such disastrous consequences upon these idols. Some fans have been defending their idols and saying that they should find happiness with people they love. Unfortunately, a handful of other fans don't seem to agree.

Former fans and netizens are currently buzzing about online saying various things that seem to presume that the idol group has met its end.

"They should prepare for Produce Season 4."

"The photos of them going out on dates were taken a few days ago. How could they possibly have broken up "a long time ago" if the photos were taken yesterday? These guys are hilarious."

"They should know that their success is entirely dependent on their fans. If they want to date, then let them disband and live a normal life."

"Hey guys in Pentagon, you guys should start preparing for you SAT's and study English, because your careers as idols are over."

"We need to coin the word Pentagon into a verb word that means "To find success, only to lose it immediately after a series of unfortunate events."

What are your thoughts on the matter? Is the K-Pop culture taking its toll on the very people that define it?

Okay, this is taking the piss. It was E'Dawn's decision to date, he knew the consequences. If people are true fans, they should allow their idols to be happy, and support them, the remaining members and their progress. Pentagon are still doing well, and yes, although they are struggling without E'Dawn, the 9 amazing members will make it work! I can't wait for them to continue on and stay strong. <3

They have a mental problems (crazy fans)

Crazy people.
Everyone has their right to be happy and live there life

Let them live their life! They are HUMANS like you guys and you have NO right over them!

It's utterly ridiculous that their careers are in jeopardy over something like this. They're young men and being in love, dating, etc, is exactly what they are supposed to be doing! Why would anyone be against someone they say they care about being happy? It's bizarre and obsessive behavior that ought to be addressed with therapy.

This is bullshit I don't understand why idols dating is such a big deal to netizens whether they keep it private or not. Why can't they let them just live their lives, these motherfuckers are quick to ship members and reach for any "evidence" they can find but when they get a girlfriend it's suddenly a problem and they are the most unholy people to live.

shippers aren't the problem. Delusional fangirls who think they own these boys are.

Pentagon should learn how to keep their private life private.
All Kpop idols date they just know how to do it secretly taking into consideration their fans feelings since most of their fans are young teenager girls who are deeply in love with these boys and they kind of hope they'd end up being together somehow...:p
As silly as this may sound this is how things work in kpop.

based on your statement , that is probably how your dirty little mind works.

they are so sour and bitter omg it's laughable

I dont agree with the comments people are making it's not Pentagon's fault as a whole ,there such a talented group and each one of them is hardworking..I hope that people will understand....