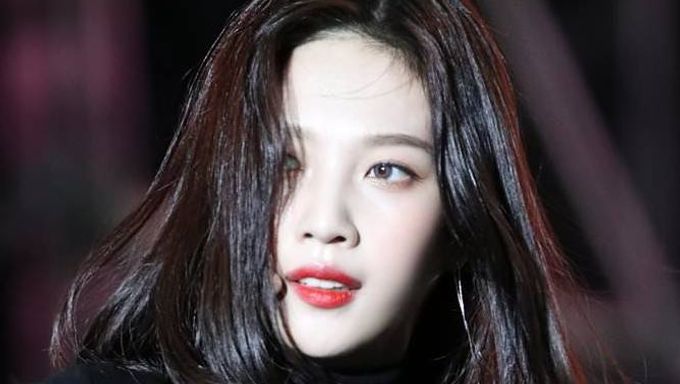 Be mindful of your surroundings reader, because these photos of Red Velvet member Joy's dress is probably one of the shortest outfits that we've seen in a while.

Which is why netizens and fans have been criticizing Joy.

But given that the group's stylist has a long history of receiving criticism from fans for dressing Red Velvet up in very strange and uncomfortable outfits in the past, our bet is that the stylist was at it once again. After all, don't stylists usually pick the outfits for K-Pop idols for events? 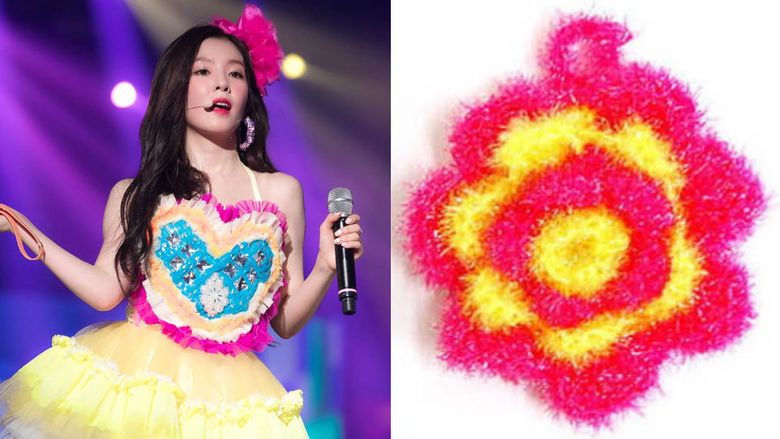 But it seems that some netizens want to blame Joy instead and have been saying some pretty mean things, while one even went as far as to say she was a disgrace to the nation.

Below are the photos of Joy's dress that she was recently seen wearing during The Fact Music Awards. 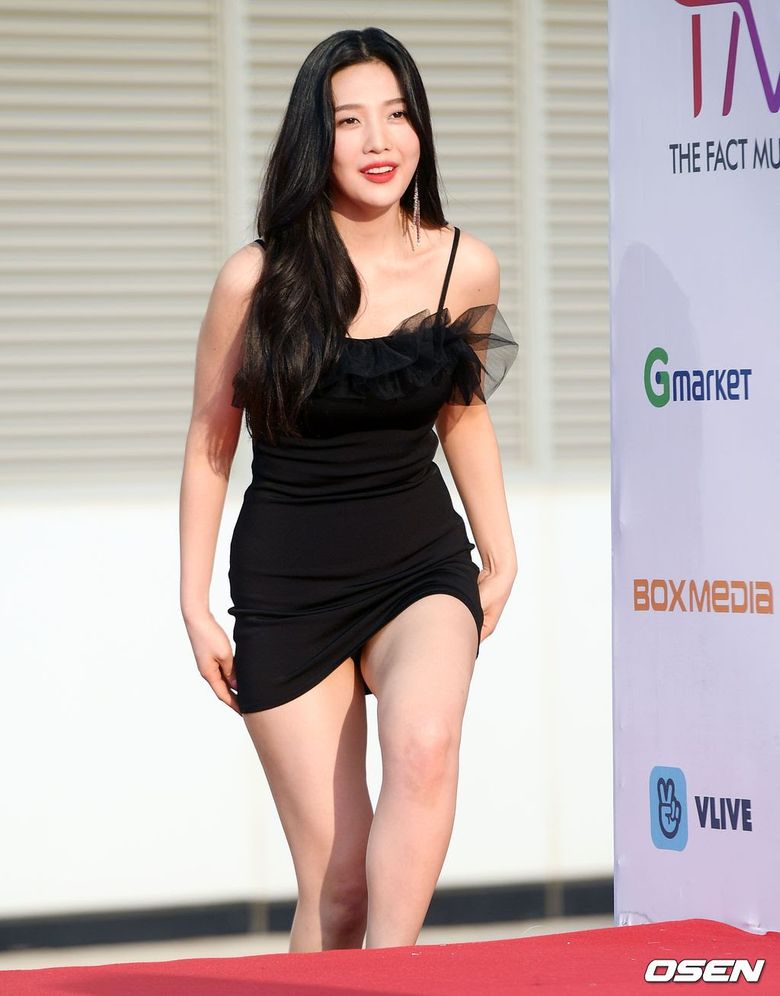 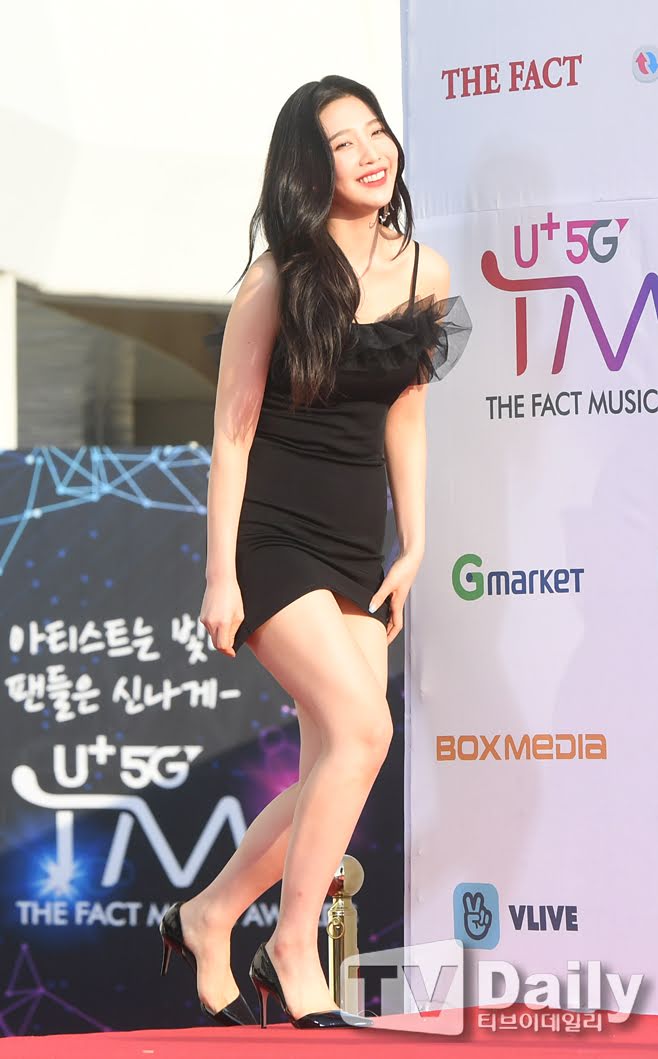 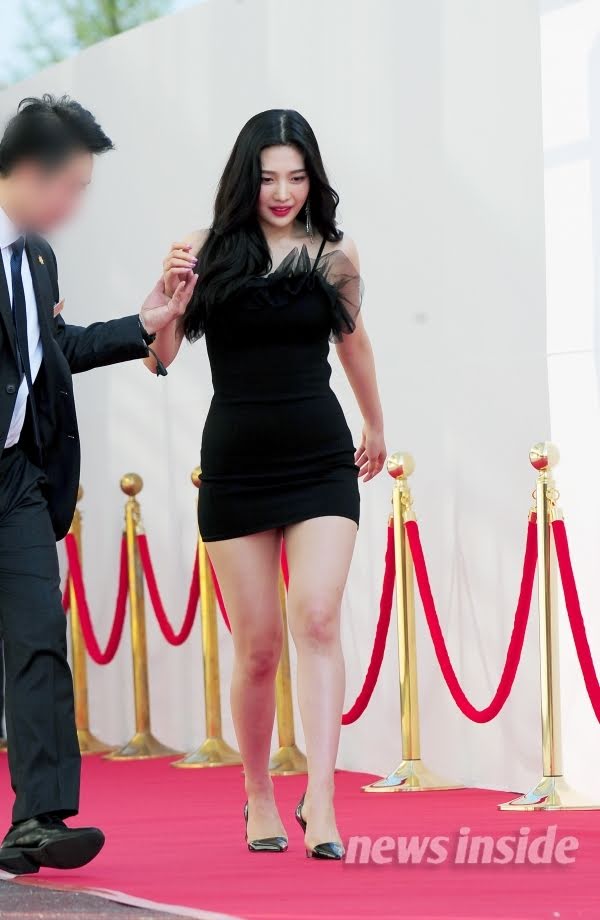 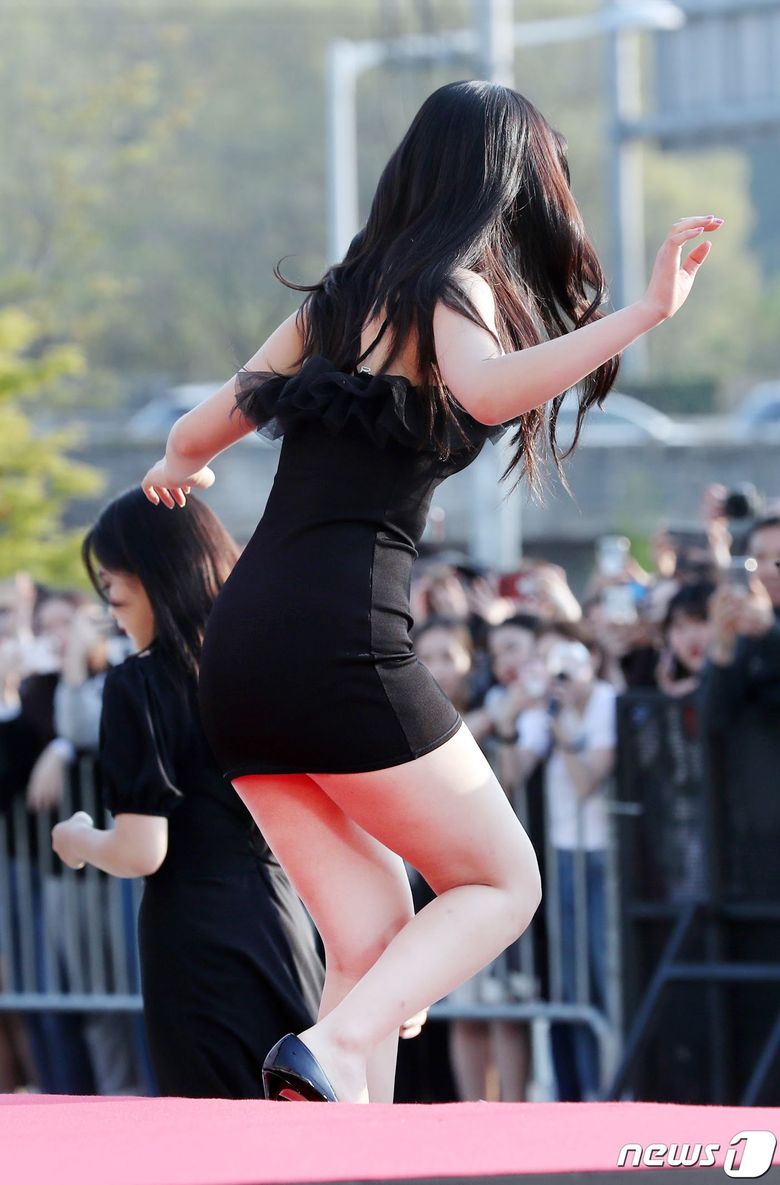 "What is the world coming to"

"What is the point in wearing the short dress if she's going to be holding it down half the time?"

"B*tch why didn't you just come naked? What's wrong with your outfit?"

"Is this the state that our nation is in?"

"Isn't she one of North Korea's Kim JongUn's girls? Hold my hand too."

"What color is the underwear today?"

Dress really doesn't matter......Joy is wonderful and I will always support her...

Stupid knets.They just want something to hate on people. They clearly know that its upto the stylists but they choose to hate her. Also its her body why tf do you people care..There are many idols who dress worse and revealing than her. To call her a disgrace to the nation is so bad like you people are the disgrace and not her cause she is doing her job making amazing songs for your nation...wahh so shameless knets(not all but..)Please leave them alone.Idols are humans as well...

"korean girls have straight hips" i cant believe someone would say that but anyways.
what joy has is a "dip hip" i also have it and yes it is ugly but CERTAINLY not on her, its amazing how she can pull this off and still look absolutely stunning. In fact she probably has one of the best bodies in k-pop. Unlike this person who most likely looks like the shit under my shoe after i walk through a school field on a damp day (probably muddy and has dog crap everywhere 🙂

Hey you, "Something smells rotten", idiot. What the????? Are you human? Shame on you. You are the disgrace.

Joy can wear whatever she damn well please wtf are you people. If you don't like don't look it's that simple.

C'mon, she's gorgeous, have a great body and is young. Let her enjoy this while she is young. Those koreans worry and judge everyone, but let older people die in the streets, don't care about abuse cases (like the SOPA scandal) and have this "moral code" only when it's convenient for the pseudo-moralists. Koreans are too much hypocrites.

Maybe, but the ones who aren't hypocrites, don't make anything different to change this mindset.
The evil is the abcense of good.

Ok not all of us are like that smh

Firstly..its not like she chose to wear this. As an idol, you usually have a stylist that chooses for you. Maybe she chose this..probably not..but it doesn't look good. She looks very uncomfortable.

:(((( its not like she got to choose her outfit. and it probably took a lot of courage and confidence to got out like that. its also not that bad lol i've seen "cutesy" girl groups wearing shorter things than that

i'm not saying all knetz are bad, but jesus christ what's with all of the hate? they have better things to do then to sit behind a screen and spew out crap like this. she did not choose to wear that dress. her stylist did. those knetz who insulted joy are so shameful.

1. Its not her choice, like as an idol you cant really choose what to wear on an event
2. Even if she chose it it's still her life and why isn't she allowed to wear a mini dress. Like....if you got a problem with that than dont look at the pictures and move on and IF you criticize do it nicely. But dont be rude. It's her life and not yours ?
3. I think she looks really good in it, but I also know that mini dresses are very uncomfortable after my own experience.

Its not her fault. She seems so uncomfortable wearing that dress.. Plz understand her. She cant wear what she wants they have to wear what their stylist got them. And you can see always joy have to wear those kind of dresses. Support her donot criticize her.

Okay but do they forget that the stylists dress them?

She's obviously so uncomfortably... Sheesh, they could have at least lengthened a little so joy would be slightly more comfortable...

Anyways that's Korean fashion and in my opinion I think everyone should respect it.

I think she looks beautiful in that dress and I don't get why people are criticising her for that. Her stylist picked it and she's a professional so I don't think I would have the power to say something so rude about it.

why are here hips so damn flat and unpleasant tho? makes me sick ewwwww

Wow...uh ugly...interesting name. You are a piece of work, aren't you? How is your face? Your stomach? Your hair? YOUR BODY? Seems like you feel you can criticize beautiful people. Do YOU have an image problem? Stop looking at others or one day the others will look at you. Man I hate Kpop Neitzens!

wtf is wrong with you? when i read your comment i went ewwwww. all of these kpop idols just want to entertain and make people happy. they didn't choose to be criticised by looks, actions, words, etc. i'll give you a bowl to throw up in if it makes you sick. mind your own business. you have much better things to do in life than this.

What's wrong whit those coreans people?? , they don't remember that being in a work under a contract, is dificult to choice a lot of things, in this case her outfit..

I think the dress is "decent" in length so the stylist must have picked it and thought its a good outfit. But Joy is just so tall and long legged so they must know such dress wouldn't work for her. Joy and Yeri should switch outfits. Yeri had a very long dress anyway.

Definitely not her fault, of course. Don't people know that they don't get to choose what they wear? And poor Joy must've felt really embarrassed and vulnerable wearing that...I know I would be humiliated, but people need to back off.

It's not her fault but the stylist'a fault.
(If you check online, there's more people bashing their stylist than Joy herself) clickbait article but I'll give you that ?

Joy looks beautiful. I guess some people are blind and this is just sad.

damn, she looks gorgeous!!! hope those haters say the same shit when a male idol takes their top off on stage.

It's true she's wearing a short dress, but I do not think she need to listen to such insulting words.

i honestly dont think she has much of a choice. remember they have stylists that make clothes for them

What will SM do, fire her?. It may not be simple for nugus like Camila and may even help them get exposure (pun intended) but if Joy even hinted at discontent SM would feel the wrath of irate Reveluvs. She could set an example and the industry would tone it down a bit.

It’s not that simple and you know...

The US exporting it's culture and values worldwide