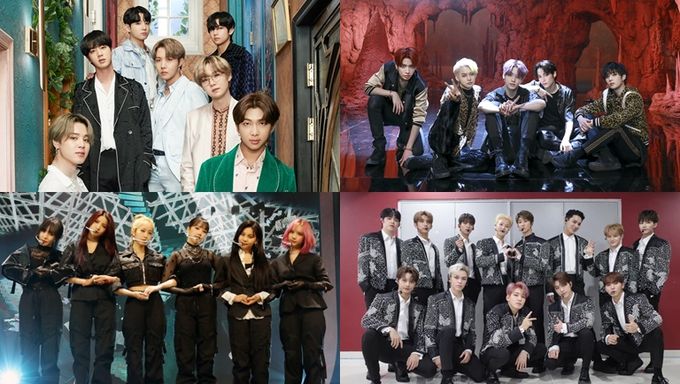 Big Hit Entertainment has expanded and currently, Source Music and Pledis Entertainment are also part of the label. In other words, artists such as GFriendand also SEVENTEENare under Big Hit too.

Recently, netizens noticed that the agency has 'taken' all the K-Pop idols who are actually known for their extremely neat and synchoronized dancing.

Take a look for yourself to see how the K-Pop groups have stand out for their synchronized dancing.

Do you also agree with the netizens?

Read More : TXT Lures You In With Their Strong And Animal-Like Moves In 'PUMA'

Oops soz I accidentally pressed back and went onto this XD

He could just go to a fan sign or something once stuff like that is aloud again and give her a letter about it and then also the gift. If anyone would recognise him or stop him then he could go in disguise