One Of GOT7's Fan Used A Shoe As Lightstick? 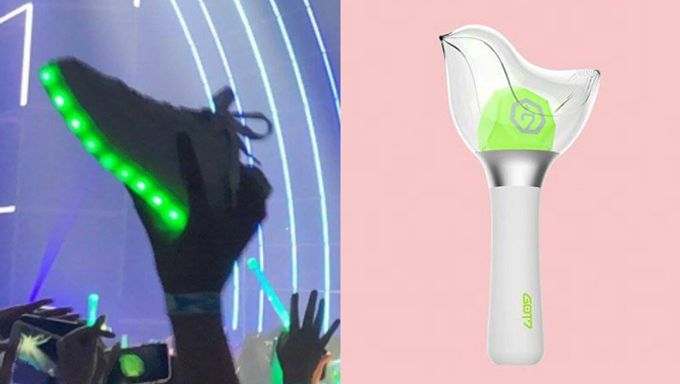 Currently, boy group GOT7 is having their world tour and during one of the shows in the U.S., something interesting was spotted once again by the eagle-eyes of netizens.

At first, many thought that there was nothing wrong with this picture but after taking a closer look, some netizens pointed out something funny.

Apparently, a fan had used his or her shoe as a lightstick!

Some netizens found it hilarious and understood the fan's intention as they believed the fan most probably used the shoe as he or she did not have a lightstick.

If you are wondering where to get the led shoe from, it is from a brand called tericature.

What do you think of this funny situation?

Read More : GOT7 Spotted In US ABC News

lmaoooo whoever that was