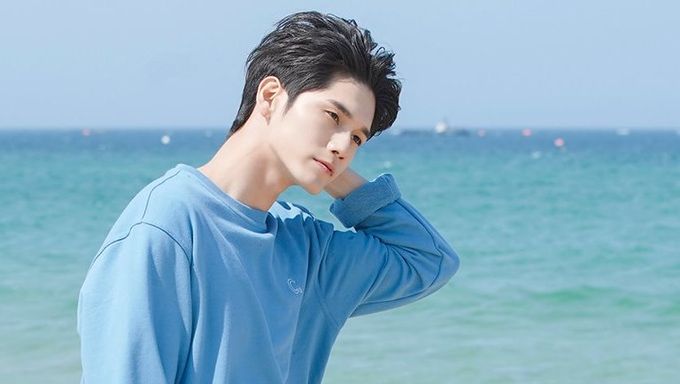 Former Wanna One member Ong SeongWu and his manager recently appeared on an episode of 'Point of Omniscient Interfere'.

His manager seemed to be quite worried about Ong SeongWu as he talked about how the idol doesn't seem to like drinking water. Everyone needs their daily amount of hydration right?

It's to a point where even his mother sometimes occasionally calls to make sure that Ong SeongWu is drinking adequate amounts of water. The manager stated:

"I'm concerned because Ong SeongWu doesn't drink a lot of water. His mom even once called me and requested that I make sure he drinks it. There was also one time where he drank one small sip throughout the entire day."

When Ong SeongWu talked about how he should spray some mist product before going to sleep, his manager suggested that he drink water instead.

And he automatically reaches for some iced coffee instead.

"I tell him that his skin often gets dry because he doesn't drink water. I guess the mist product at least helps with the hydration."

So why does Ong SeongWu dislike drinking water?

Hopefully, he starts drinking more water gradually from now on.