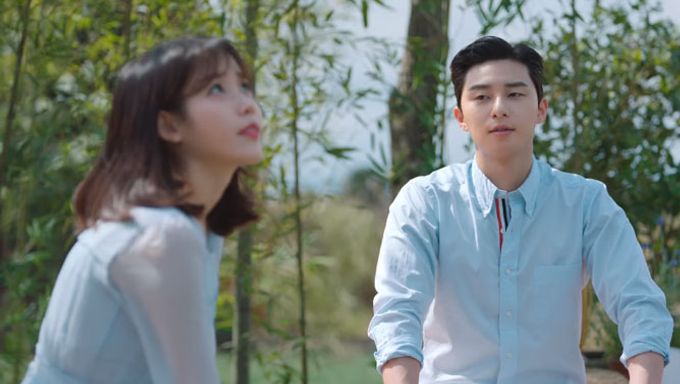 Actor Park SeoJoon and IU are currently models for a Korean soju brand. They filmed the brand's spring commercial together. On April 20th, the long version of the ad was released.

In the advertisement, both are in a natural setting, sitting nearby the water on a nice wooden bench. They are enjoying the spring wind. The clothing concept seems to be pureness and freshness, both are wearing soft colors (sky blue and white) and have a light makeup.

Park SeoJoon and IU are acting as lovers-to-be who are not close to each other yet. Both have a crush but don't know how to talk to each other. Sincerity and awkwardness are central in the video.

Fans commented how both look sweet together, how the ad looks like a drama, how pretty IU looks, etc.

The poster is also released!

Park SeoJoon and IU are among popular Korean stars that have numerous commercials such as coffee or beverages.

What do you think of their chemistry?