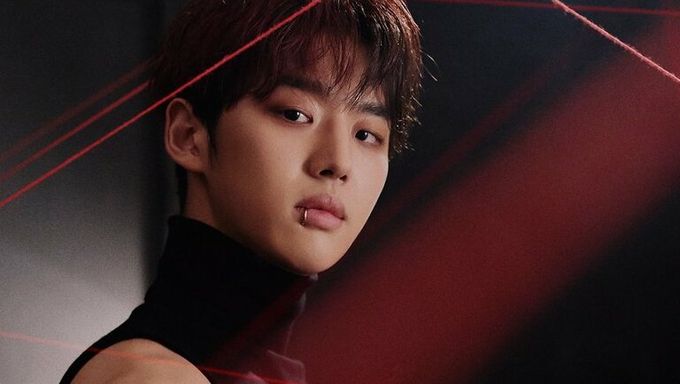 In a live streaming session earlier this month, he talked about how Pentagon and ONF were able to bond and get closer to each other as friends as both groups participated on survival program 'Road to Kingdom'.

HongSeok talked about how ONF's E-Tion recommended some of ONF's songs. HongSeok himself asked E-Tion to recommned some ONF songs because HongSeok believed that ONF had a lot of hidden gems in their discography and wanted to see more of the boy groups' work.

Some of the songs that were recommended were 'Moscow Moscow', 'If You Dream', and 'Asteroid'.

HongSeok however stated that he thought Pentagon's 'Asteroid' was better than ONF's. 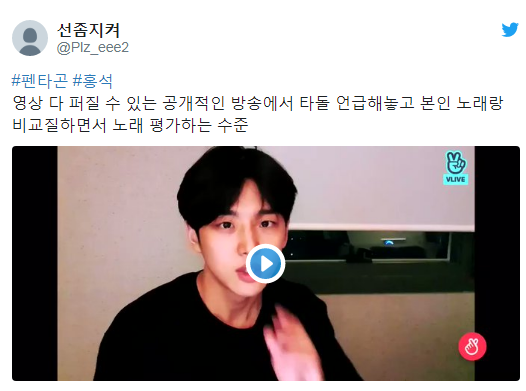 This has caused many netizens and fans to criticize HongSeok. 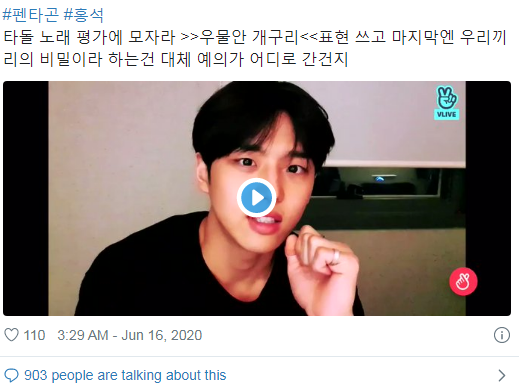 Below are some of the comments left by netizens and fans. While there have been criticisms, there have also been netizens who have also stated that HongSeok had nothing but praise and compliment for ONF before he mentioned the particular story.

"Before he said that, he complimented ONF's song a lot. He meant that if he recommended a song that he didn't recommend, they could have felt like frogs in a well."

"Even if this was a joke, it was still crossing lines."

"He's still not careful with what he says."

Many netizens at the moment however do seem to be agreeing that HongSeok should have been more cautious with what he was saying and that the phrasing could have been done better.

What are your thoughts? Was HongSeok being rude?