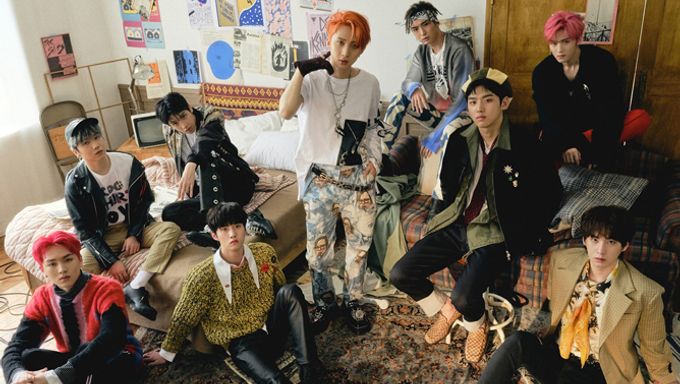 On Mar. 27, PENTAGON made their long awaited comeback with their 8th mini album "Genie:us" and title track 'SHA LA LA'. If you have yet to check out their MV, you can do so below.

With the song being released, fans from all over the world began to talk about how good the album actually is.

Their title track, 'SHA LA LA' is actually written by member Hui, who is well known by many fans for his production and composition skills. It was previously known that he had also produced many songs for PENTAGON as well as Wanna One's debut track 'Energetic'.

Many of their fans love how upbeat the song is and the MV also catches their attention thanks to the colourful and digital vibes that the boys were trying to give off.

With that being said, fans also began to suggest the probability of them getting their 1st win on a music show. Prior to this comeback, PENTAGON's hit track 'Shine' was and still is a huge hit in Korea. Unfortunately, the song did not manage to clinch a win on music show but it rose steadily to the 16th position on Korean music streaming sites. It also reached a high record when it entered "Top 10 hit on Billboard's World Digital Song Sales".

Judging on how PENTAGON is receiving positive reaction for 'SHA LA LA', fans are hoping that this comeback would be the time when the boys get to shine even brighter than before.

Do you think PENTAGON will win 1st on music show with 'SHA LA LA'?