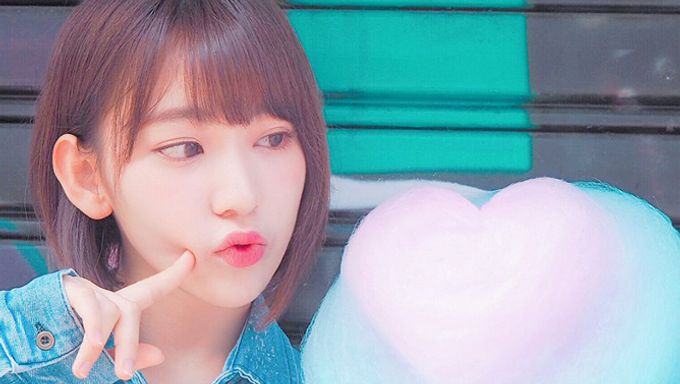 As the recording for Mnet "Produce 48" begins, it looks like the center position for "Produce 48"'s theme song has been filled out!

Although there is no official news confirming it, rumors were saying that HKT48's Miyawaki Sakura took the precious center spot with her outstanding charms. It is known that the center spot for theme songs are very important as viewers will be paying a huge amount of attention of them. In most previous seasons, the center spots belonged to Weki Meki's Choi YooJung and Wanna One's Lee Daehwi.

To give a brief introduction about Miyawaki Sakura, she debuted as a member of HKT48 in 2011 and was ranked the 4th in the General Elections of AKB48 in 2017 through voting by fans. 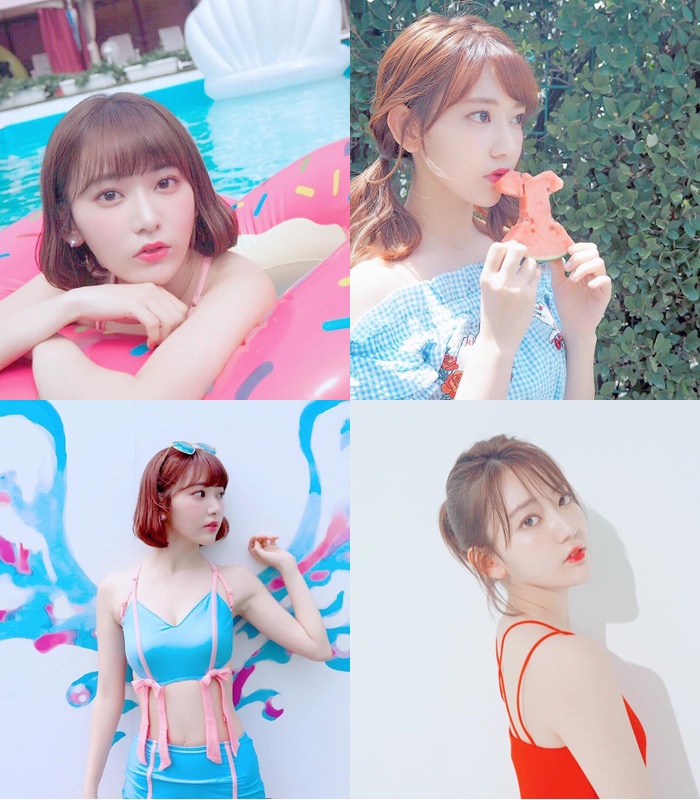 However, netizens began to dig on past controversies involving her apparent 'bad' attitude. According to Idol Issue, Miyawaki Sakura has been gaining negative reviews from netizens. 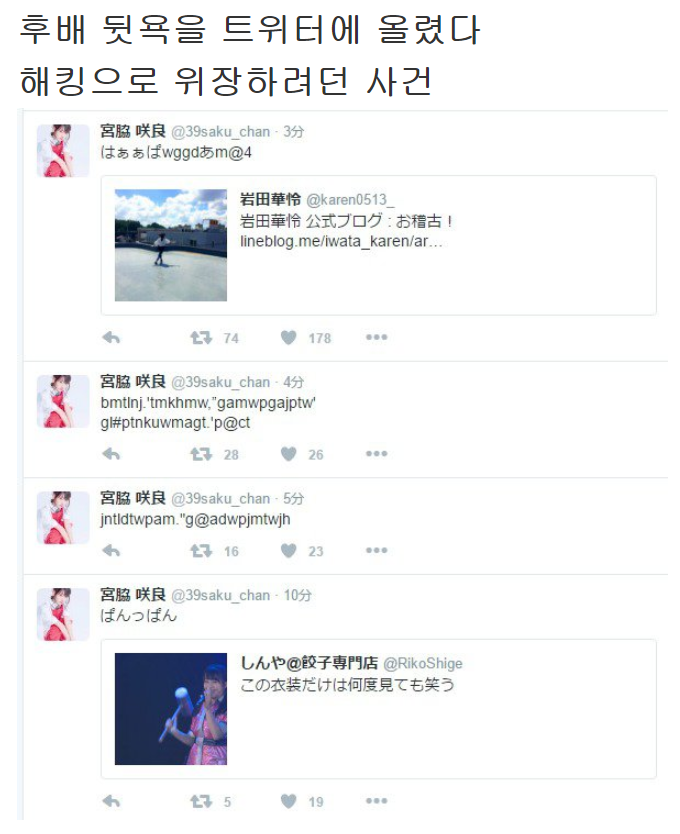 Netizens found out that she tried to fake that her twitter account was hacked after talking behind the backs of her junior online. It was seen that she was tweeting randomly to prove that she was hacked.

Before that, she was also known to be someone who is not athletic. During a team rope skipping event, some netizens claimed that she tried to get the attention from others by purposely ruining the skipping process. It was mentioned that she moved stealthily to the side without trying to get noticed by the rest. In the end, the team failed to complete several rounds due to her 'foul' play.

Another controversy that she was involved in was during the 2016 "Request Hour". It is an annual event where fans can vote for their favorite songs from all the AKB48 sub-units. It was said that she was being rude to her senior AKB48's Oya Shizuka by saying 'Jya ma'. In Japanese, the term means to tell someone to move away or get out of the way. In the entertainment industry, such behavior is considered rude especially since Miyawaki Sakura is a junior of Oya Shizuka. 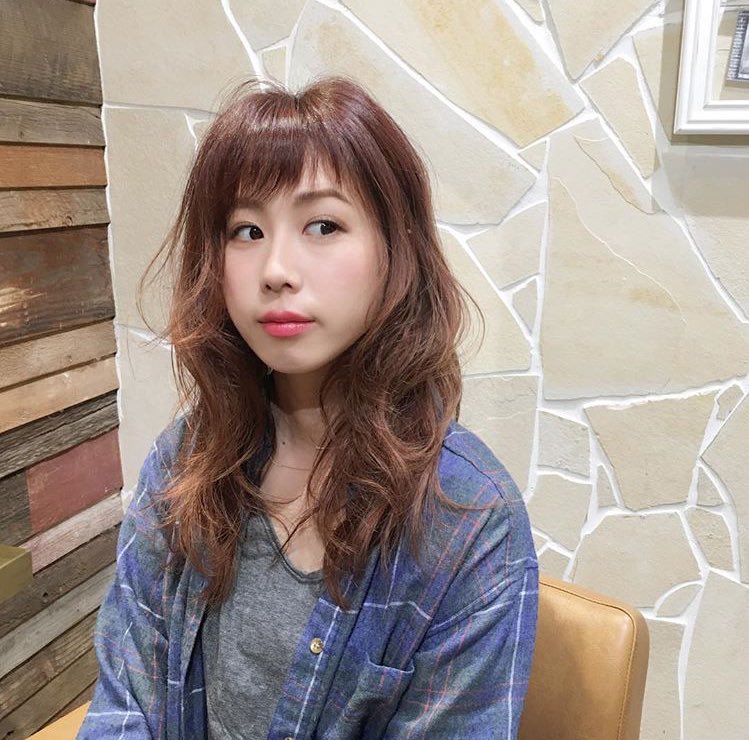 Looks like there is no end for her as there is also another incident involving her being a hypocrite.

During a handshake event with fans, many members were falling sick due to poor health issues. Even members who were known to take good care of their body eventually did not attend the handshake event because of them being unwell.

After the event had ended, Miyawaki Sakura wrote a post about how it is unprofessional to miss a handshake event just because one is sick. It seemed like she was attacking them on the back. However, when she finally fell sick and did not attend a handshake event, she gave excuses, calling it an 'adult issue' for her absence. 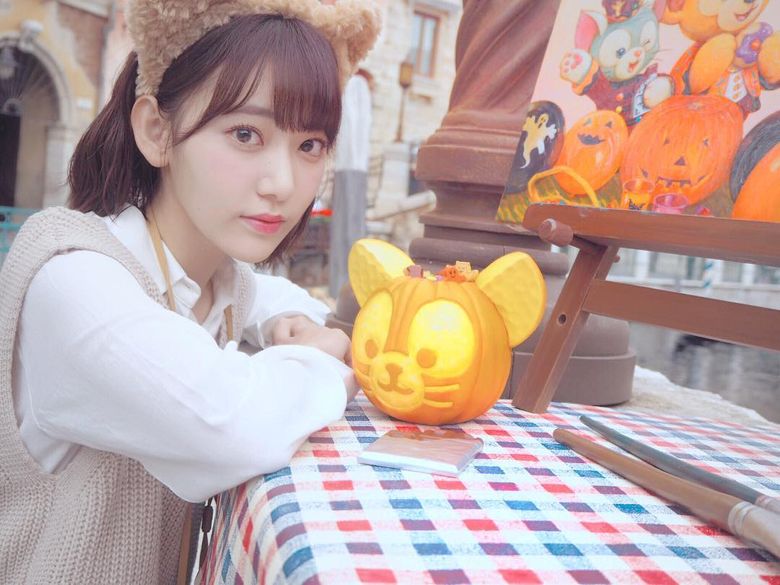 Of course, these are just controversies and rumors spread by netizens and no one can be for sure how she really is. Hopefully through the upcoming "Produce 48", we will be able to see a more positive light shining on her.

I apologize in behalf of haters. I’m Korean and there are a lot of Koreans who like Sakura. I personally like her a lot. Half these things are probably fake and all of you are acting as if Korean idols never act like that. All I can say is that usually Korean girls can be really bitchy (from a Korean girl) too. I don’t get why people who don’t have any participation in this show are complaining. Jang Wonyoung won first place, right? Isn’t that enough to make you happy. Spread negativity else where.

These arent haters... This is stuff that happened many years before korean people knew who she was...She's actually probably nasty.

Firstly, Sakura Twitter should have a blue tick.. Secondly, ぱんつぱん mean pants.. So do you think she bashing her junior..Answer it..お願いし増す。and between on one of hkt48 interview.. Sakura already say that she really really bad at sports.. She doesn't fake it.. She really bad at sports.. You can see the sport video literally showing that Sakura was trying really hard..p please don't act like you are a fans of akb48 and the other.. For a long time..

if you looked closely at the screenshot, it's ぱんっぱん, not ぱんつぱん because that doesn't make sense at all. ぱんっぱん means it's "filled to the brim", and sakura was replying that the clothes her junior was wearing seemed it might burst.

Its taken from here lol
https://onehallyu.com/topic/691353-sakura-adds-one-more-attitude-controversy-to-her-already-rich-collection/

also from the prank thing, I just think shes caring for the group performance as a whole, aka she didnt want to drag the group down

There's no source for the handshake thing, I looked it up so it doesnt seem true anyway?

"Turns out in a later show the staff exposed her for crying because she was crying about the sales of the first single that she was center in." I think she exposed herself for that one... "Judge: Your tears made us think that you were a good girl. We thought you were crying because of Takamina. But we heard that you were crying as you asked the staff “Will the single i center be cancelled?” Others: That’s scary! Shock! Sakura: I heard that the news will be out on the release date of the single. I was thinking..if the sales drop, will… Read more »

Lol knetz were just bitter because the center isn't korean ?

sis you can say that's the reason all you want but there are people more deserving of that spot. sakura is pretty, but that's all and it's not enough to be in the center. the whole produce series is known to be a big popularity contest anyway. if it were based off of talent; chaeyeon wouldn't have been 12th & chowon and yiren would've debuted in the group. i admit nako and hitomi are talented but i can't say the same for sakura. everyone needs to stop saying it's unfair that there are barely any japanese trainees in the final… Read more »

the more popular you are, the more hate you get... but also the more fans you get. she'll be unaffected by this bullshit. her fanbase is too strong for petty attempts at her

well even if she did this stuff, it's barely anything to worry about. the guy from idol producer that talked in such a vulgar way obviously shows that he's a vulgar n gross person, that's more of an issue (but he was kicked so it's calm). if we're talking about bad pasts, it's him. and i'm not even a fan of sakura really. actually i look down on her singing, it's pretty poor. i find it unfair that she gets to be the center and have majority of the screen time when her skills aren't top notch. and i don't… Read more »

Poor my Sakura. Many people don't like her just because she is talented and beautiful. Go die haters.

I've been followking AKB + its sister groups for a while. The sports thing is pretty bs, she's been well known to be unathletic. I guess she kinda did sabotage her team for screentime though tbh xD I'm pretty sure she was just joking when she "fat shamed" (she really didn't) her friend. She did try to fake that her twitter was hacked by pressing random keys + posting it + then following it up by saying staff fixed her twitter xD. Whatever, I love a shady queen. Never heard about the Oya thing. She was kind've hypocritical about the… Read more »

sakura is a bit calculative but she's harmless

Wow, so much bullshit in one article.
Please, don't ever write anything else in your life.

this article is full of shit. No one thinks she has a bad attitude.

Sakuratan is my oshi in HKT48 since 2011 when she was debut. I never hear her bad attitute. She is great idol. Se is not good in sport too. One of akbingo (one of akb48 tv show) episode had discussed about sakuratan bad sport skill.

As someone who has followed both kpop and jpop for years, there are a few comments I want to make just to clarify the situation: 1- Sakura was never considered "sporty" lol. She was actually very famous for being bad at every single sport existing in this planet (including hula hoop). And this ever since she was 13. 2- The story of her fat shaming Meru could or could not be true. She could have even meant it as a joke (Meru is one of her closest friends) but seeing very harsh reactions from fans she tried to fix the… Read more »

why the sources are not included in this article?

Hello!
Thank you for your comments! As most of the stories posted on the 'Fan To Fan Talk' are based from sources of various Korean online communities, there is definitely a possibility of information being processed differently at different sites. We appreciate your feedback and hope that you would continue to voice your opinion in the future.