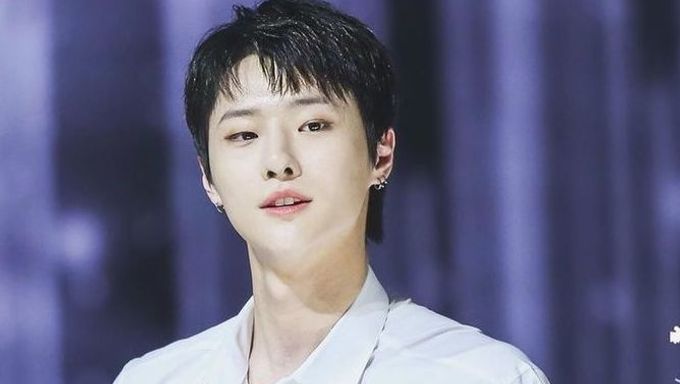 Produce X 101 trainee Cho SeungYoun is currently receiving a lot of attention from viewers of the show and netizens for his visuals and performance skills. But his past is also currently something else that has been in the spotlight as well.

Cho SeungYoun debuted as a member of UNIQ back in 2014.

The lyrics to one of their songs titled 'Body to Body' has been receiving a lot of bad publicity from netizens recently for sexually explicit contents that according to netizens, objectify women.

"Your tight body drives me crazy. My rock hard something wants you. Please hurry up and shake your booty."

However, netizens who have defended Cho SeungYoun has pointed out that there are many hip-hop lyrics that say similar things but haven't been controversial.

Whether this current situation will inhibit Cho SeungYoun from making it into the debut lineup of 'Produce X 101' remains yet to be seen. How do you feel about the lyrics? Is it something that netizens need to make into an issue? Feel free to share your thoughts!

Below is the link to the original article.

Read More : Produce X 101 Lee JinHyuk Shows How To Take Selfies That Only Tall & Handsome Men Can Pull Off 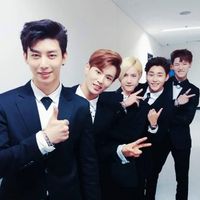 Became a fan of UNIQ

These lyrics were written 5 years ago, not only that but we don’t know if he wrote them. American rappers and even Korean rappers have made songs with lyrics like that but that wasn’t a problem for them. He also changed his name to Woodz and matured. These lyrics aren’t relevant anymore and it shouldn’t matter after 5 years.

They're trying to dig up the past because the finals are approaching?‍♀️ but nahh~ CHO SEUNGYOUN WILL DEBUT!!!

Such hypocrites! But girl idols twerking on the floor is ok. You want your bias half naked, but they need to be "innocent " and "pure" at the same time. Hmmm.... delusional fans ?

Everyone complains about girl idols twerking on the floor, but okay.

Past is past. MOVE ON! If you hate Seungyoun just leave! To all who love him like me please vote and support him all the way! FIGHTING!

It’s Sexy Right>.<...But I don’t think it’s wrong?! I think they should mind their own business These Lyrics are perfectly Fine. People act like We never heard Lyrics like that before- Like People Lets Be Mature.

Ohhh nooo, sexual lyrics! We aren't used to hearing those at alllllll!

Seriously, whoever thought this was EVER important to bring up and, yet again from the past, needs a slap back to reality...

Why are you posting this and spreading malicious hate about song lyrics. Your pick is someone else right? Where is the report button.

Excuse me? What the hell??! I'm a Unicorn and I know some of his lyrics were kinda not appropriate for minors like the 'canteen fans', if they get that warning then no ones forcing them to listen to it, find another song that suits their taste. Also, writing this article while pdx101 finals is fast approaching~ huh coincidence? I think not.

How to report this article? This stupidity? B.U.L.L.S.H.I.T. Keep tarnishing Seungyoun's name and I'll come for you bish

Can I report this article? Since it's just spreading the unnecessary hate our Seungyoun is receiving ?

PURE BULLSHIT! they are just creating issue bc they are afraid that their pics might not debut and our talented all-rounder will. And gosh, many western music have similar lyrics. Creating issue from a song years ago in timing with the last week of produce? Lol ur favorites won't make it even if u keep dragging other trainees down