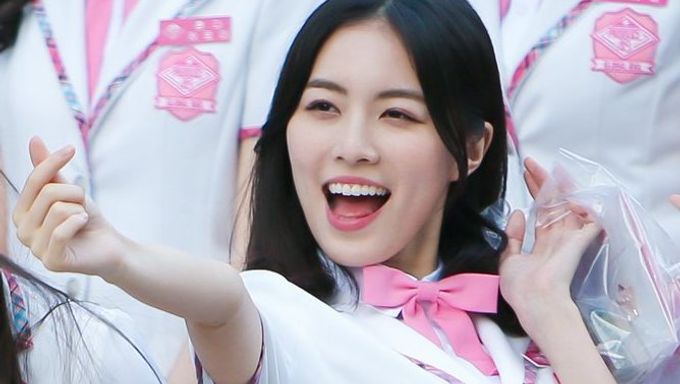 Jurina Matsui of SKE48 recently made headlines after the announcement of her departure from the survival program Produce 48. Her agency stated that she had decided to go on a hiatus as well.

According to Japanese news agencies, Jurina Matsui is currently taking time to rest after having been voted number one during AKB48's Senbatsu Election.

A spokesperson from Matsui's agency has also revealed the reason for her hiatus and departure from Produce 48 as well saying that the Japanese idol has been under heavy stress and pressure lately, making her unable to sleep for days while almost even fainting at one point.

The spokesperson added that Matsui disliked being compared to Sakura Miyawaki and felt that she needed to secure her position in her group as well.

Late comment but this story is BS. I want to see the Japanese source article because I don't believe it at all. Jurina has always had health problems. She has Meniere's disease as well as a host of other problems and she's had to take a hiatus and suspend activities for a period of time like 4 times starting when she was 14. If you look up "the truth behind Matsui Jurina's sudden weight loss" the first two results are english translations of a Japanese article that explains more. And this was from back in 2012. She's had even more… Read more »

kinda feel bad for her in a way

It's too bad she keeps getting outshone by Sakura.

Well at least I know you're stupid.

if they are japanese, don't mean that they are stupid. in every country are both good and bad people, we don't have to judge people on they aparence or where they're from. from this point of view you are a bad human

Hope she recovers soon. I doubt this rivalry thing is the cause of her hiatus tho. She must be sick and under a lot of stress because of the ssk, with everyone having high expectations on her and all.

i guess fame didnt come easy.. was actually expecting more screen time from her though. wishing her all the best!

It would have been (cough)... tragic for AKB fans, if their center pulled double duty in Produce 48 for 2.5 years!

It would have been fine. Both Sakura and Jurina were in two AKB groups for a long time. Jurina (AKB48/SKE48) and Sakura (HKT48/AKB48). Japanese promotions are way more relaxed so it wouldn't have been too hard.

nope. it's longer. made me with it was so for IOI too. sigh.