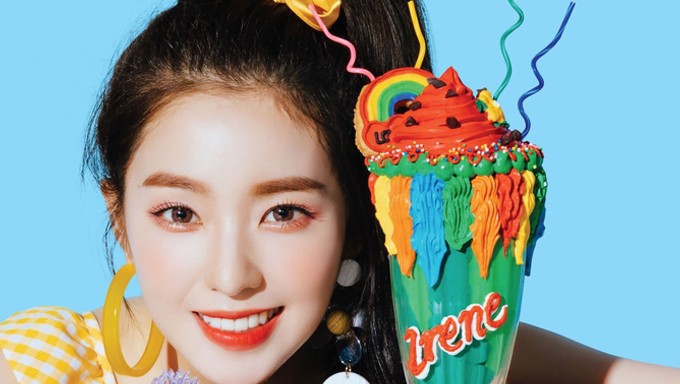 Red Velvet member Irene is beautiful and a great performing artist. But there's probably one thing that you didn't know about the K-Pop idol.

Among her list of many talents, she is able to endure the hottest weather at ease.

This recent fact has been a hot topic among both the South Korean media and netizens on various online communities. Red Velvet recently appeared on an interview with SBS Power FM, where the members talked about the current horrendous summer weather of South Korea.

YeRi revealed that she literally vomited recently because she couldn't take the heat. However, the members stated they discovered Irene completely indifferent to the heat as she was inside her house without the A/C on.

Irene's ability to handle the hottest weather has earned her the nickname 'Dafrican Daughter'.

But why 'Dafrica?' It's because Irene is from Daegu, South Korea. Dafrica is a play on the words Daegu and Africa.

Read More : The Red Velvet Member Who Almost Ended Up With ‘RoWoon’ As Her Stage Name

Are you even sure this is real. Websites like this which no one probably knows about would purposely try to make up shit like that to gain traction. Plus how is this racist even if it is true. Africa is a continent. People who think this is racist most probably twist this simple nickname in their minds into something racist.

Where did this come from? I was literally just watching the radio and was there when fans were making live translations and I never even saw this mentioned. Plus I don't even think this site provides the right info I just came from another Irene article which was also wrong

This isn't racist. It is simply and observation about a group of people used in a joking context. Red Velvet is a really good group with good music and fun concept. I'm going to post a response to other commenter "WhiteMOTHAFUKA" here as well, just FYI so that this makes sense. "Most" of their music or videos are not about fruits. You sound like you've seen maybe two of their music videos and decided you didn't like them. In no way have they ever, ever been shown to be or described as "horny" and that you would suggest they participate… Read more »

Dafrican daughter srly .my girl is over looking like she can blend in perfectly with my room. Urrgh this is why i hate redvelvet they are so racist.I wish them all the bad luck i have for thier ultimate fail in their so called career.Those fans of them are soo delusional thinking the group is talented when most of thier music has weird choreo and it's always about fruits If they are that horny, SM should let go suck the dicks EXO's,NCT's, SHINEE's and all the male idols in that company .Which would probaly be a speck of dust.I mean… Read more »

I mean I ain't even Asian and I'd eat a dog any day... Also 100% of your comment is false thanks and I hope you have a shitty day ☺️ You are the reason people hate regular guys like me ☺️?