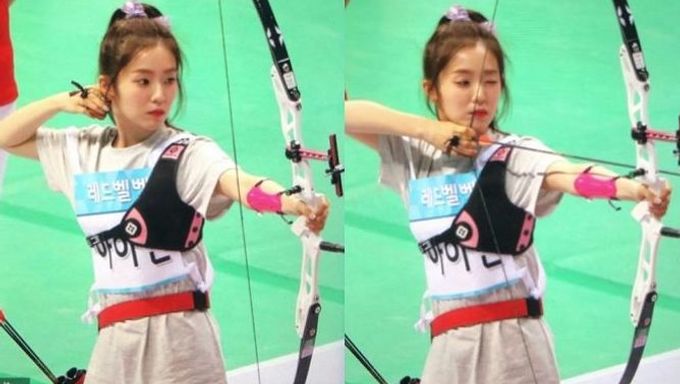 It turns out that Red Velvet Irene is an amazing archer.

ISAC 2018 recently kicked off and has been gaining lots of attention from the South Korean media as usual. And to liven things up, MC Jeon HyunMoo made a bet that he probably shouldn't have made.

The MC made a bet that he would buy all the idols on the show chicken if Irene was able to hit a bulls eye on the camera lens. While most people were skeptical that the K-Pop idol would be able to make a successful hit, she proved them all wrong.

Jeon HyunMoo's wallet ended up a whole lot lighter that day as he ordered countless boxes of chicken for the K-Pop idols on the show.