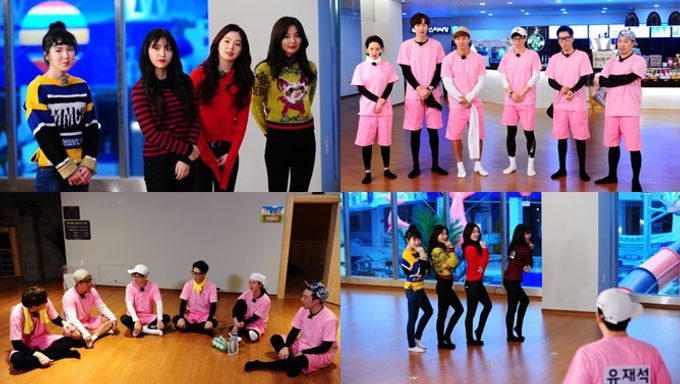 In the broadcast of SBS “Running Man” that will broadcast on 12th, Running Man members went to take a break at a jimjilbang (Korean sauna).

The staffs prepared a “Relaxation Week” for members who have been running hard for “Member’s Week” project past two months. Running Man members were able to relax and spend a great time in the warm jimjilbang.

When the special guests Red Velvet appeared, the jimjilbang’s heat turned up. Yoo JaeSuk sprang up from his seat, yelling “It’s Red Velvet!!”, showing his “uncle fan” side. Running Man members conducted a “couple race” with Red Velvet members, having a great time.

But the peace did not last. When the truth behind their mission was revealed, the jimjilbang was turned upside down with shock.

Viewers can find out what’s the truth behind Running Man members’ mission and see Red Velvet on the broadcast of Running Man on 12th 6:30 PM KST.