The vibe of Red Velvet continued on to the September Big Data chart. The group had already been the 1st rank on the August chart and Irene has topped the individual Big Data chart as well.

Guess people just cannot easily forget the strong 'Red Flavor' Red Velvet has given. It's no exaggeration to say that Red Velvet owned the summer of 2017. Groups like Red Velvet won't easily fall to a low rank in this chart although they are not performing.

Such large groups has grown into a brand and a walking corporation. Though the group is resting and preparing for their next comeback, people still have huge attention focused on the group. Their influence and impact showed clearly on the Big Data chart, and  fashion brands, cosmetic brands, even game companies would likely to consider the five girls as their next model though they aren't currently performing.

We might be curious of who follows next in Big Data Chart aside from Red Velvet? Which groups have had such huge influence over us even in times that we did not notice! 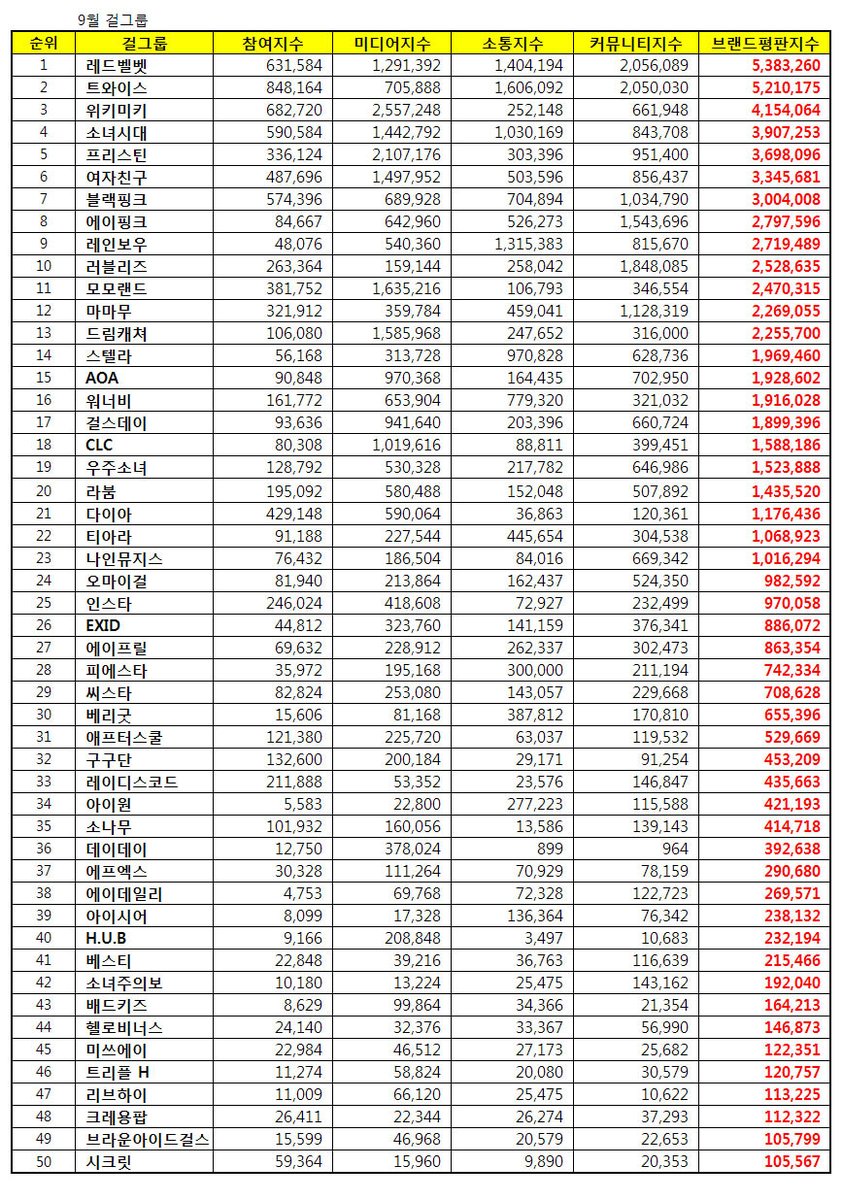 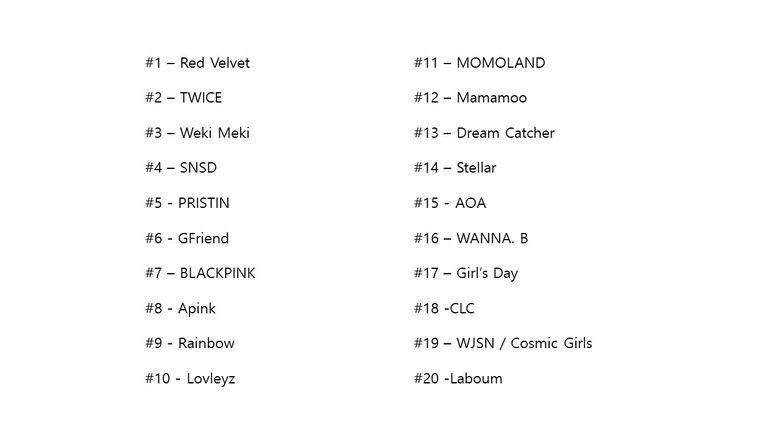