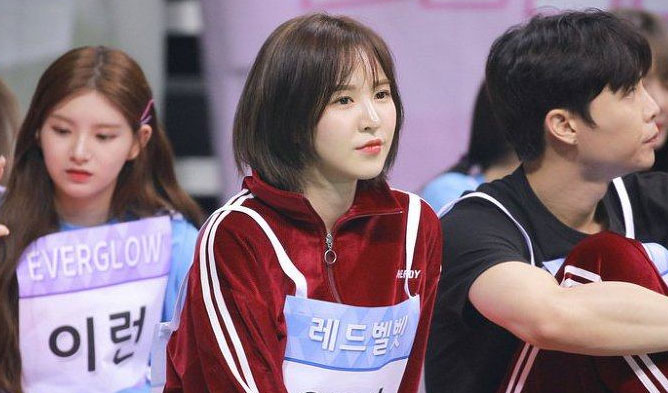 If you have, you would have noticed that Red Velvet ‘s Wendy appeared on screen but was not competing. She attended the day of recording in support of fellow member SeulGi.

SeulGi was the only member to participate in this edition of ISAC, she was pitching. Therefore, Wendy could not let her go by herself.

Fans also reported online that Wendy had brought cookies she baked herself and gave them to fans attending the recording. Wendy proved to be such a sweetheart.

Online, fans also reported that NCT ‘s Johnny was cheering on SeulGi. SM artists one more time show support for each other. During the last edition of “ISAC 2019” Seollal, Red Velvet and NCT members were seen taking pictures for each other.

wendy went to ISAC just to support seulgi since seulgi's the only RV member who participated in 2019 chuseok ISAC. when seulgi's game started, wendy was left alone but johnny was so gentleman to accompany her & he even cheered for seulgi. this smrookies-velvetct friendship ♡ pic.twitter.com/yLegNnGNQI

It seems that SeulGi received all the support she needed. Don’t you find it sweet of Wendy?

Read More : The Idol Who Turned On His Wi-Fi Hotspot For Fans At “ISAC 2019” Chuseok Recording

As much as I love Wendy’s sweet support for Seulgi, I can’t ignore Johnny and Wendy. The ship is strong ???!!

Wendy is so adorable and such a sweetheart.. my heart ><