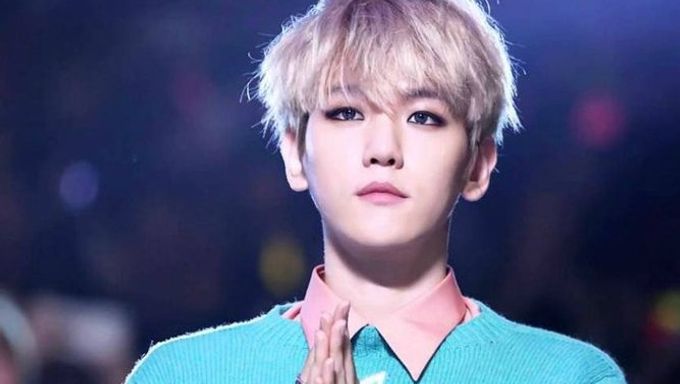 We thought that sasaengs often are unhealthily obsessed about their idols to the death. But it turns out that some can in fact alter their twisted obsession into a form of hatred.

"I used to be a sasaeng. His personality is exactly the way you would expect it to be. Rude and ignoring, and always cold. He never receives letters and while other members at least feel sorry for us when managers instruct them to ignore us, he remains adamant. All we want is to hear him say hi to us but he just ignores us to the point that a lot of us even get sick of him."

"EXO's backstage room had really bad vibes. And once BaekHyun arrived, he stated "That bit** is here again?" My friends were shocked after hearing him talk like that.

"He came from a lower class background and lived in Bucheon. He was one of the kids under some iljin (negative term for high school student who fights well and bullies others). It cracks me up because he claims he was casted on the streets but he actually got in through connections at a vocal academy. And after he got in, he had plastic surgery on his chin and other places. Before, he had a face that made it impossible for him to debut. After he debuted, a lot of his fans spread bullsh** rumors about him that he was the son of a music professor."

It seems that sasaengs are really out to get BaekHyun this time. What do you think about what sasaengs have to say about BaekHyun.

Duhhh... every one is not perfect as every may seem. Altleast they mature and it is their fault if they dont learn from their mistakes.

It breaks me to see all these negative posts about Baekhyun. So what if he came from a poor family? What's more important is that now he is a very rich, talented, cute and the most handsome man alive and has tons and tons of fans who love and support him. Sasaengs can hate him as much as they want. We, Exo-Ls and Baekkie-Ls are always here to shower our love and support for him. We got his back✊ And thats the only thing he wants from his eri~yas.

Well,even tho these people say trash and they have never give a useful information because they always tell lies, If baekhyun treat them like this its accurate, because they should be treated like that, those people follow him in vocations and make his life hard+ they spread rumors+ they buy his personal infos+ they hurt his friends and him in airoports+ they ruined one of his family's event..+ call him everyday, every moment... dude he is human who will treat you good after all of that?

you shouldn't have been a sasaeng in the first place...

That's such bullshit ?? he is a humble soul why would you even!!!!! These jobless peeps want attention

I highly doubt the ps just bc honestly his face isn't conventional at all. Not like say Suho who has had a lot. Besides there wouldn't have been time bc of how quickly he debuted. However lol I've seen his mask slip wrt these fans and he's probably the best actor of all of them in terms of hiding his real self. But i also really don't care bc these fans are trash.

ya have proofs dear?

ya know ur even worst than everything u told bout him:)

dont u have anything else useful to do?:)

u better have it or else..

ur life is useless:)

spread positivity hun!
and do something useful<3

imagine being pissed off bcs people are stalking you and them being offended ?????? Like,,, what do you even expect after you've invaded someone's privacy more than once

OMG it's not true..All EXO'S members are very kind ... You just trying to make him enemy and bad person but you are that suck person.. Don't touch any members from EXO..Haters just hating