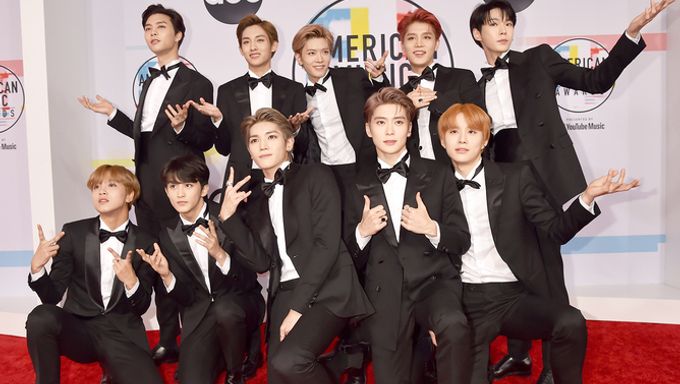 Sasaengs invading the privacy of K-Pop idol group NCT won't be ending any time soon, especially if the security measures that are supposed to protect them can't even stop sasaengs from waltzing in to their tour bus leaving creepy letters and going through the group members' belongings.

Just recently, a sasaseng fan began to upload video clips of herself lurking around inside NCT's tour bus on Twitter.

#NCT127inHOU @/bubyukhei and their friends got into nct's tour bus and proceeded to touch their stuff and invade their privacy,, the bus driver let them in,, pic.twitter.com/riqFIKjUMU

not only did @bubyukhei go inside the nct tour bus with her friends and touched their beds (which is SUPER creepy), they have also been sharing nct's hotel information and they don't seem apologetic about it. PLEASE REPORT AND UNFOLLOW

NCT reportedly called the police once they were notified that sasaengs were inside their tour bus.

So how exactly did the sasaengs get in to the bus?

It turns out that the driver actually let them inside, which is a serious case of unprofessionalism and perhaps a hint that SM Entertainment needs to step up in improving security for their artists.

Imagine a random stranger coming into your house, making your bed, and then leaving happily.

Imagine a random stranger giving out your hotel address, even though you never shared it.

Can some of you not comprehend invasion of personal privacy?

SM Entertainment has not yet responded to the recent incident, but it seems that fans are all over Twitter and raging about.

Absolutely pathetic. And I'm pretty sure that fan who wanted to "commit suicide" wasn't going to. That's just being stupidly dramatic. Have you got no damn sense of personal and private space!? WHY DO WE HAVE TO KEEP TELLING YOU PEOPLE TO HAVE COMMON SENSE!?

it says the bus driver let them in. is he out of his mind?? why the hell would u let random strangers inside the bus????
why cant sm just hire normal people who can think straight??

ok guys this is seriously disgusting
like honestly....how could you do that?????
even though we’re NCTzens that doesn’t mean we are their friends (if you get what i mean)
please respect them and their privacy

sasangs, please put yourselves in NCT's shoes. will you like it when someone randomly comes into your house, apartment Ect and randomly starts touching your things and invade your privacy? no i bet! please think before you do this kind of stuff sasangs! its rude, disrespectful and gross! NCT are humans too so treat them how you want to be treated!

Obsessions are awful for life

This is disgusting. I feel so bad for NCT

this is sick! they need to hire new security and fire the ones they have now! also calm down! yall sasangs need to chill because ur not going to get noticed even if u do this kind of stuff! like if u agree!