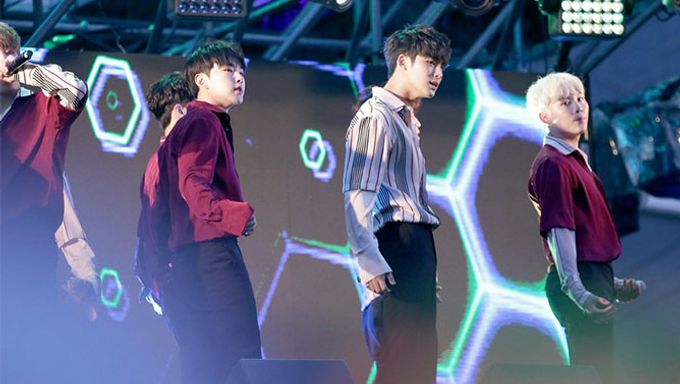 SEVENTEEN is headed to four major cities in North America for their first world tour, all thanks to their fans!

Widely known as a ‘self-producing’ idol group, SEVENTEEN consists of thirteen talented members and three subunits: hip-hop, vocal and performance unit. Since their debut in 2015, this charming rookie group quickly became one of the most popular K-pop groups in the world, as their first EP “17 Carat” ranked 8th place on Billboard’s World Albums Chart and remained on the chart for 11 weeks, earning the coveted position of the longest-charting K-pop album of the year in the U.S. Ever since, each of their new albums have continued to break the records of their previous albums.

Much to the delight of the North American CARAT, SEVENTEEN will finally be making their 1st world tour in North America this coming August!

Fans in North America were instrumental in bringing SEVENTEEN to their cities. SEVENTEEN fans in Chicago, Dallas, Toronto and New York created a viral movement on www.mymusictaste.com, an online service that brings together music fans to request their favorite artist’s concert, and voted SEVENTEEN to come to their cities. MyMusicTaste, Live Nation, SHOW NOTE and PLEDIS Entertainment collaborated to include these four most requested cities in SEVENTEEN’s first world tour.

SEVENTEEN's 1st World Tour "DIAMOND EDGE" will be held at the following cities:

Further information about the tour and tickets can be found on www.mymusictaste.com and MyMusicTaste’s social media channels. 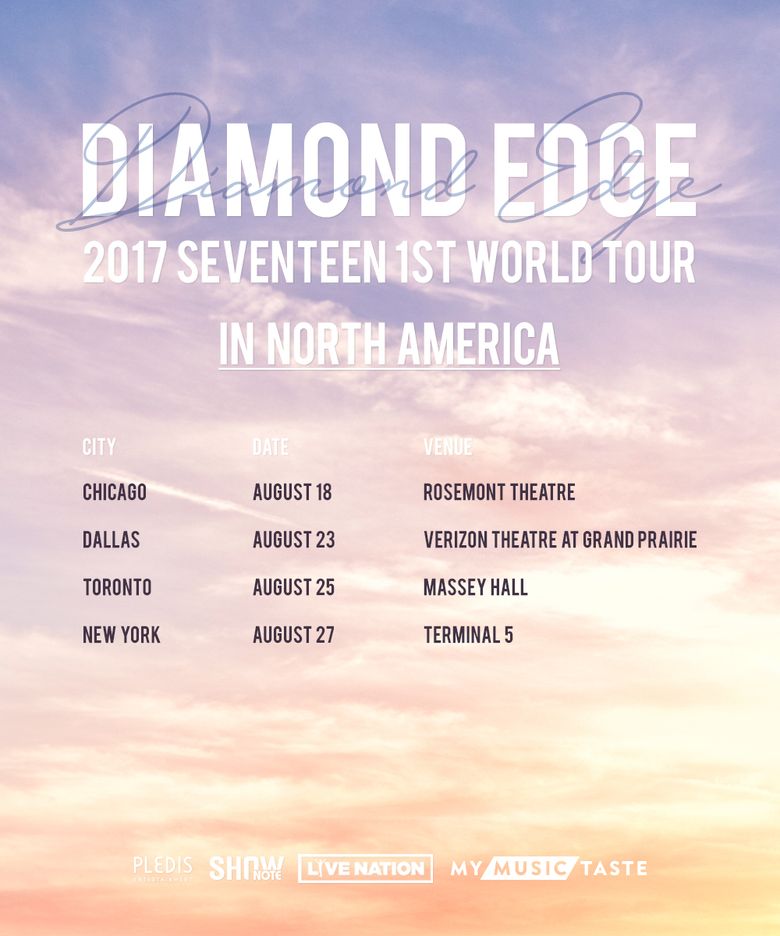 No one ever comes to Hawaii ;u;

Why no kpop group ever come to indiana?

Cincinnati!!!! I cant come down to the other cities,sadly. If you came to Cincinnati or Columbus Ohio, it would be great. Thanks

Come to Florida! We have beaches and Disney World

SEVENTEEN, please come to Vancouver, Canada. You have a lot of fans here. I know why you want to go to Toronto, but since I live in BC, its really far from where I live ;-;

same so farrrr i live in albertaa

Omg I'm sooo sad I want to go so badly because I live in the state below and my parents won't let me go. It's killing me I'm so sad. SEVENTEEN please come to Pittsburgh if ur reading this. You have a lot of fans here.