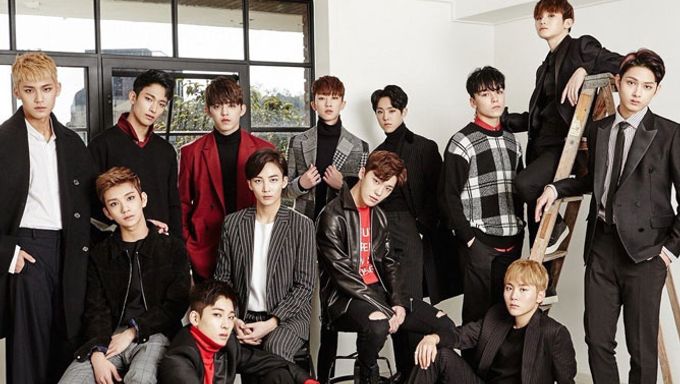 Fans of SEVENTEEN are posting up pictures as proof of their unbelievable attitude to fans. 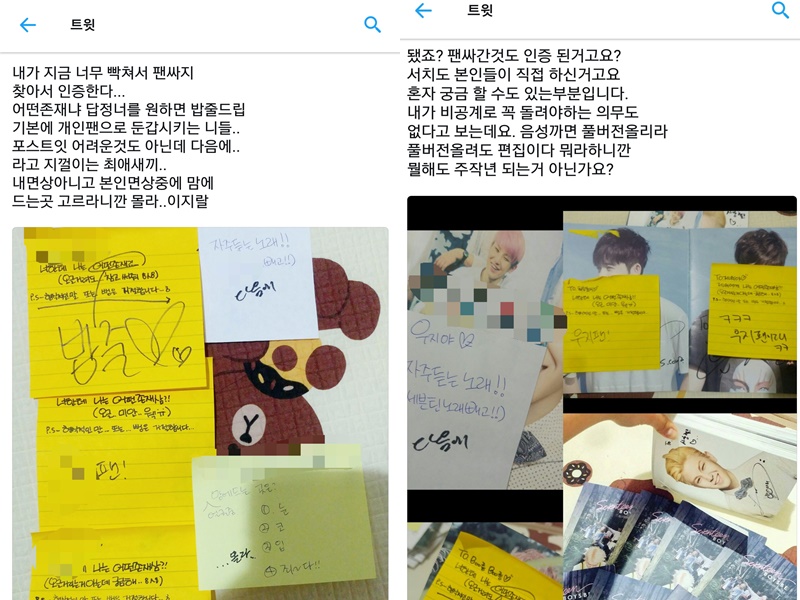 It started from a tweet of one fan, saying that she is so annoyed by how absent sort of way they reacted to fan.

In the picture, there were sticky notes with questions from fans such as songs they listen often, why fans meant to them, and what facial part they liked the best from their own faces. To the first question, “Next time” was written shortly, and for the second question, they wrote “main source of lively hood”. “I don’t know” was also written meaninglessly to the last question.

Shocks are spreading to not only their fans, but also to the public for being ungrateful for the love they get, and the rudeness.

Also, there were pictures of SEVENTEEN’s trash, where letters were all thrown away, unread, while presents were taken with them.

As this controversy goes viral, PLEDIS Entertainment staff posted a short comment, “I believe SEVENTEEN is not sort of people who overlooks the relationship they have with fans. I hope you are not offended by this, and keep walking along with them. Please don’t forget that SEVENTEEN loves you the best.”

However, this comment made the situation even worse, as people react to it negatively, saying that the staff is speaking mindlessly.

There is no official statement made by the entertainment nor the singers yet, while the controversy is spreading fast.