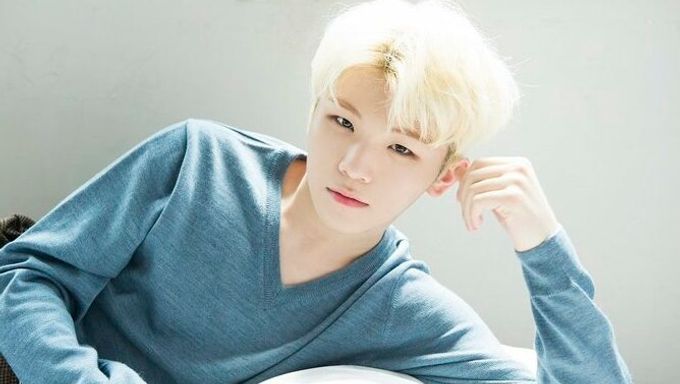 SEVENTEEN member Woozi, who is really just the most adorable K-Pop idol on the scene for his baby-like face and small figure, is usually known to behave somewhat different from what one would expect.

He may look like a baby fox but his behavior can be best described as mature and very manly.

Which is why he didn't know what to do once WJSN member SeolA caught him acting like a little boy on camera for the fans. So what exactly happened?

During Mnet's 'M Countdown', he held up his trophy and put on a beaming smile for the camera while playfully bobbing his head. And we can assume that he did this not only because he wanted to do it for his fans, but also because he didn't think anyone would bother looking backwards.

Unfortunately for him, SeolA turned around at exactly the moment he started doing it.

Lee Jihoon being caught by girls for being cute and he became cuter on what he did. #MGMAVOTE #SEVENTEEN @pledis_17 pic.twitter.com/Kgr09BIqfF