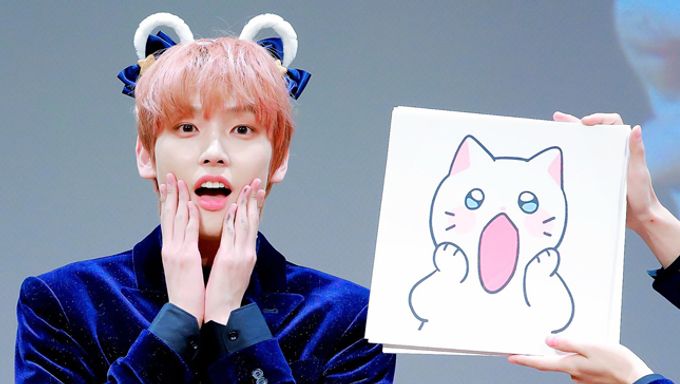 K-Pop fansigns are the time when you get to interact with your favorite K-Pop idol group and also see them perform 'aegyo'!

Back in the middle of January, SF9had held a fansign with FANTASY in Yeoungdeungpo and it was then when member InSeong had a rather adorable moment!

If you are wondering what it is, take a look for yourself below. 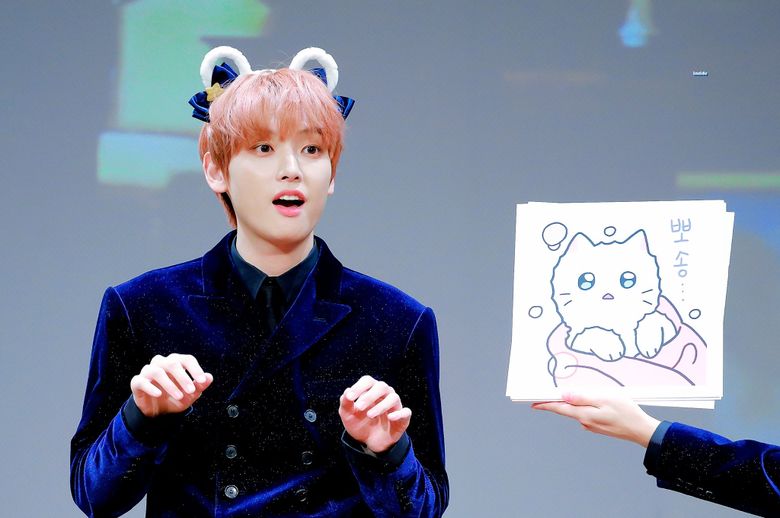 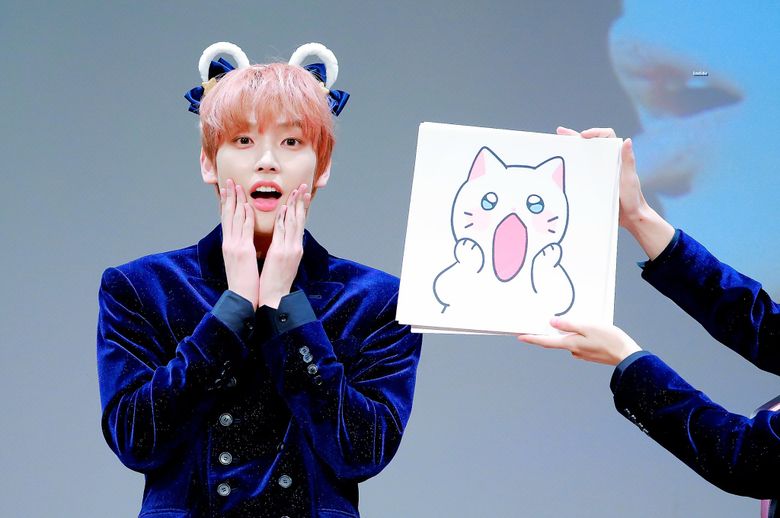 He was seen imitating to the different expressions of a cat emoticon! Aside from the fact that he was also wearing an adorable headpiece, FANTASY loves how he was doing his best in making sure that his expressions were similar. 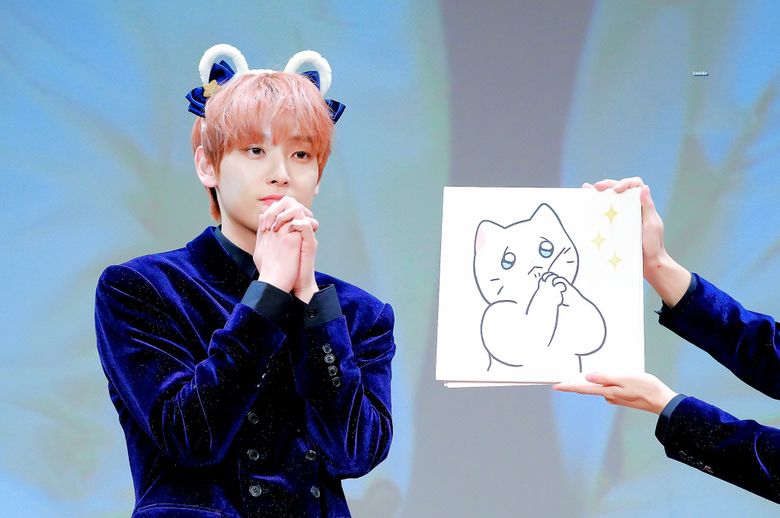 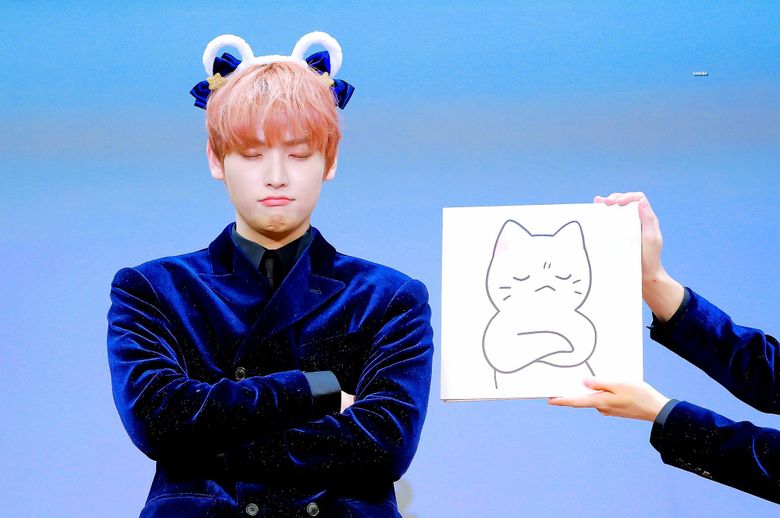 It is hard to deny that InSeong looks really similar to the cat and many have also been talking about it online.

Those who had seen the photos mentioned that "He is so adorable", "InSeong looks just like a soft little kitty" and so on.

For those who are also curious about this cat, it is actually from a webtoon, "NyangHan NamJa" and its name is Kim ChoonBae. Not long ago, its emoticon became available on messenger, KakaoTalk. 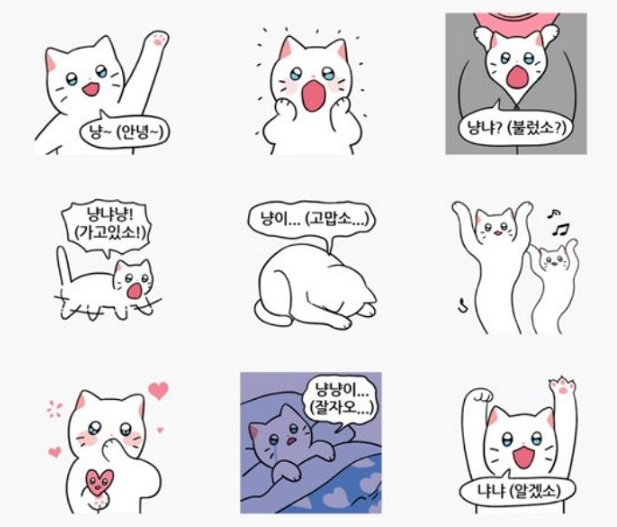 The webtoon is only available in Korean and you can check it out here.

Do you think InSeong imitating Kim ChoonBae is really adorable too?