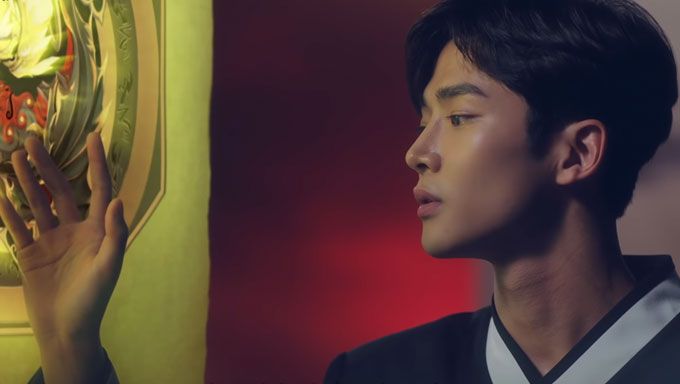 "Face genius" SF9's RoWoon is now the model of a game.

The online racing video game "Tales Runner" chose RoWoon as the model of their 22nd character name HaRang. The game company says that they chose the boy because he suits perfectly the character.

HaRang has the body of a boy in its late teens but is actually 500 years old. The character's caption is a devil grim reaper and the concept is "Messenger that cross the afterlife".

In the poster and ad, RoWoon is dress like the character and is holding a fan and traditional items.

On the 30th, the game released the ad. You can check it in the video below.

The boy wears blue lens to suits the character and it gives him strong vibes.

RoWoon is acting in the drama "About Time" and part of the cast of the program "Blind Date Cafe". He is rising in popularity and got this solo commercial.

Read More : SF9’s RoWoon Wakes Up Topless Next To Han SeungYeon In “About Time”

Love him sooo much!