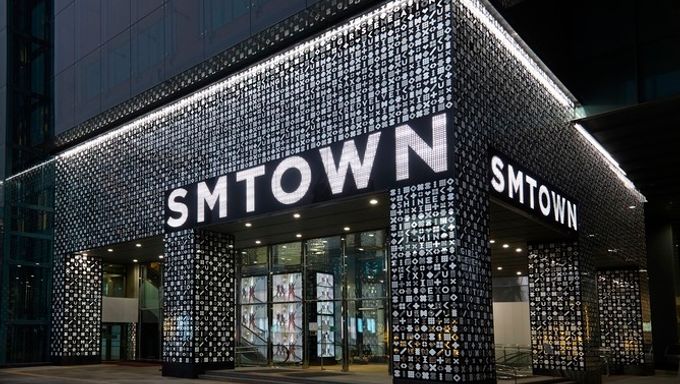 SM Entertainment idol group fans are currently unhappy with the agency as it has been reported that albums and merchandise of other agencies' idol groups are currently being sold at SM TOWN.

Wanna One, BTS, TWICE and NU'EST albums were spotted at the entertainment agency's flagship store in Seoul, South Korea.

Of course, SM Entertainment has been known to always keep an open mind for business as the agency is very industrious, delving into other types of businesses including distribution.

In fact, the store also sells movies as well.

And fans have been in protest ever since.

#SM_팬기만_STOP
I don’t have words anymore. I always though sm couldn’t amaze me anymore but this time.. seriously. You can’t use your groups as objects, with no promotions at all and let them in a dungeon forever. Now you sell other albums from other artists?! @SMTOWNGLOBAL

We are not against the non sm artist but selling their goods in your store while your very own artist's goods are not available is very disrespectful on our part and also the artist. you are promoting them but you cant even do it for your own artist?. #SM_팬기만_STOP

I've been dying to buy EXO lighstick or should I say WE the new exols or exols that still don't have LS, all been dying to buy eribong but we can't because you can't restock it yet here you are selling non sm stuffs. Such embarrassing move, SM.

I get SM is the music distributor of companies like JYP & Bighit, but before selling merch of other artists, WHY DONT YOU FIRST RESTOCK YOUR ARTISTS’ SOLD OUT MERCH/ALBUMS (especially EXO’s)? YOU NEED US AND OUR MONEY, NOT THE OTHER WAY AROUND #SM_팬기만_STOP @weareoneEXO

Do you agree with the fans?

selling merch of other artists of course they are its just good business sense,and if SM merch is scarce its probably because it sells quicker...

What a bunch of whiny muppets ...two things really that annoys me here...
no1 ...its a shop that sells videos/music/memorabilia what business could afford to not sell other groups merchandise NONE OF THEM
no2...fans are complaining that SM are selling merch of other artists but not restocking their own artistes goods...well DOH! doesnt all that really mean is that the SM MERCH is selling better IE:FLYING OFF THE SHELF QUICKER....