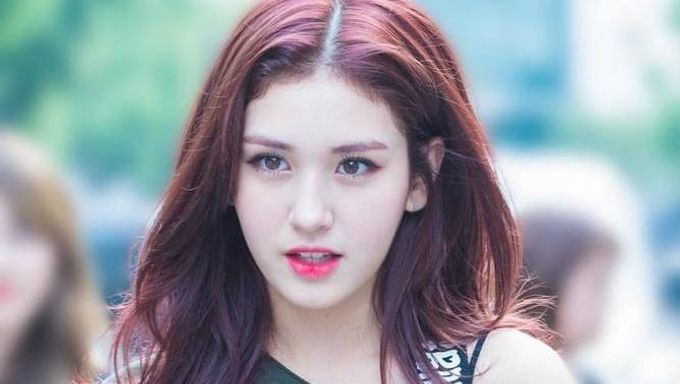 After leaving JYP Entertainment and signing an exclusive contract with YG Entertainment's 'THE BLACK LABEL', Jeon SoMi was recently criticized by someone online.

"Do you know, Somi? You are too young to disrespect JYP and do you know too? We are glad that you did not become a member of TWICE because of your attitude."

But it seems that SoMi had something back to say herself as well. She replied with the response below.

The fact that Park JinYoung, founder of JYP Entertainment, uploaded an instagram post stating that idol trainees who do not comply with the agency's rules and guidelines don't have a place within has been getting fans coming up with the speculation that he was talking about SoMi, as the post was made right before the day YG confirmed SoMi's exclusive contract with 'THE BLACK LABEL'.

Why is she receiving so much hate for leaving JYP? Both of them left on good terms and I think that people can do whatever they want to with their lives?? And morever how long should she have waited? She waited long enough and it was obvious she wasn't gonna get a debut under JYP. Just because JYP is senior and Somi was just a trainee doesn't mean that she has to be the wrong. Who knows, maybe they weren't treating her the right way as they show to the public eye.

There might be a good reason to attach some weight to the notion of the comment writer; hence I suppose this whole page dedicated to this idea wouldn't have launched. There are numerous speculation to her bad behavior and attitude. Maybe it runs in her family, witnessing her stage parent of a dad. I never liked the group IOI mostly because of her annoying demeanor which exuded outwards. Glad she didn't make it into Twice as well because I think Twice is one of those successful Kpop girl group and would hate to see them go down hill because of… Read more »

lmao somi is so edgy,,, i am really glad she didn't debut with twice and left jype.

Fast forward to present day - Itzy's debut was 1000x more successful than Somi. Her absence from the group wasn't missed at all. And Somi isn't able to join IOI reunion comeback...

Not trying to be rude, but this isn't about itzy. I know they're under JYP but there's no need to talk about things that are irrelevant with the situation we're talking about on here

Good for SoMi to stand up to the haters!

says the guy dedicating their to life to hate on someone. Retard

ur lifr is a joke

kpop industry is known for being controlling. Good for somi!!!