The popular webtoon “Mung Bean Chronicles” also called “Mung Bean Pancake” (in Korean “녹두전”) is being remade in a drama and the main actors are almost all confirmed.

It is a romantic comedy drama set in Joseon. It tells the romance between a man who is disguising as a woman to infiltrate a community for widows (Jang DongYoon (TBA) as Jun NokDoo) and a girl that hates the idea of becoming a gisaeng (Kim SoHyun as Dong DongJoo). For more information about the drama and webtoon, you can check our cast and summary here. You can also check our list of 2019 dramas remade of webtoon.

Kim SoHyun has been confirmed for the lead character as Dong DongJoo. Jang DongYoon is still in talks for the role of Jun NokDoo.

According to Ilgan Sports, Song GeonHee is confirmed for one of the main male characters. 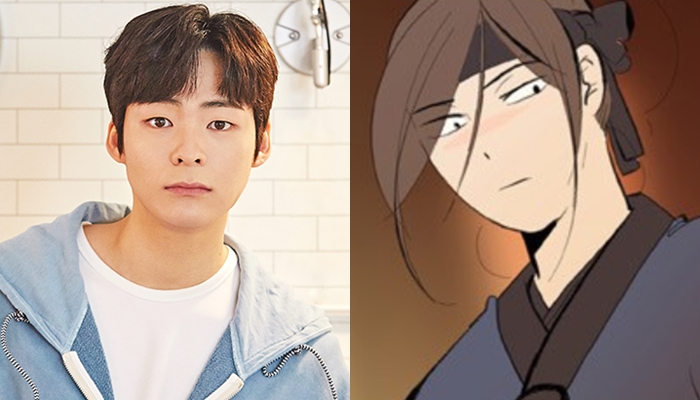 He is cast as Jun HwangTae, the elder brother of Jun NokDoo. His character is a person with a clear mind and a warm heart. He is 180 degrees different when he smiles or not.

Song GeonHee previously acted in the popular drama “SKY Castle” (2018). The interesting fact is that he already acted with Kim SoHyun for the upcoming drama “Love Alarm” (Netflix) as a supporting role and the drama is also a webtoon remake.

Many are curious to see more of the actor’s charms with this new drama.

The drama will premiere in September on KBS.

Read More : 6 Actors And Acting-dols That Would Be Perfect With Kim SoHyun In Drama “Mung Bean Chronicles”