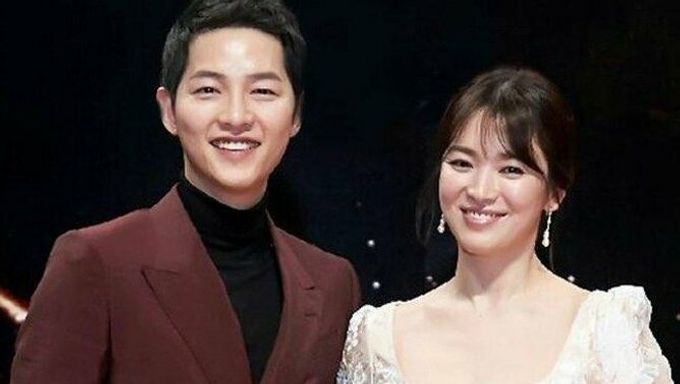 We're quite certain the world will refuse to believe it if they were told that actor Song JoongKi and his actress wife Song HyeKyo had a divorce, even if it's true. How could they possibly divorce each other? They were literally made for each other.

However, Chinese news agencies are currently fake news and claiming that the two top stars within the K-Pop film industry have called it quits as husband and wife.

In addition, Chinese news agencies claimed to have "proof". So what exactly was it? It turns out that a recent photo of the actress without her wedding ring was sufficient evidence enough for them to conclude that the two have divorced each other. We know. We are also just lost for words at the absurdity of the logic and reasoning behind the whole thing as well.

In addition, Chinese news agencies also falsely reported that Song HyeKyo deleted all the photos of her with her husband Song JoongKi, including their wedding photos.

However, this too was completely untrue. All one simply had to do was visit the actress's Instagram account to see that photos of her with her husband were still there.

Why on earth would the Chinese news agency be spreading false news about these two lovely people? If you have any idea as to why, feel free to make a suggestion. We'd like to hear about it!

SO WHY NOT PROVE TO PEOPLE SAY IT THAT THEY HAVE NOT DIVORCE INORDER TO STOP THE ISSUE.WHY NOT CLARIFY IT .IT IS JUST SO SIMPLE. IT IS NOT HARD TO DO.

There is no smoke without fire. It was also the chinese media who knew first that sjk and shk were dating. So it’s not impossible for them to know first that they divorced

Yawn whose business who care non of my business. yawn yawn yawn

But now you have a chance with one of them...