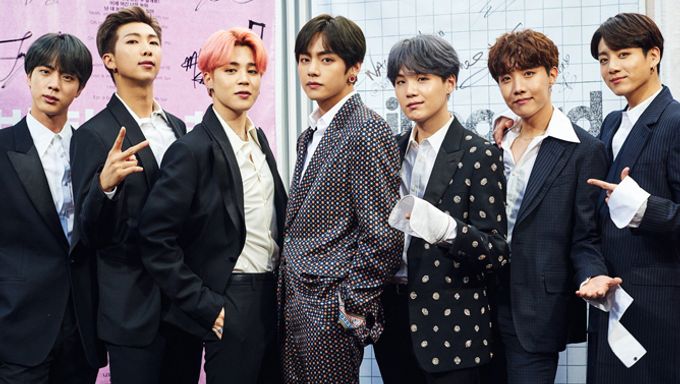 6 years ago, BTS had just debuted with their debut track 'No More Dream' and 6 years later, they received the 'Top Duo/Group' Award on Billboard Music Awards 2019 (BBMAs).

No one could have imagined the amount of success and achievements these 7 boys would have accomplished especially since they came from a small company, Big Hit Entertainment. Along the way, it was once said that the company almost had to declare bankrupt and the disband was most probably the only choice left.

However, thanks to their passion, love for music, songs that point out on the Korean society, loyal and dedicated fandom (ARMY) from all over the world and more, BTS has made their own name in the international music industry.

Earlier during the red carpet on BBMAs, BTS was announced as the 'Top Social Artist' for 3 consecutive years.

3 years in a row! Thank you ARMY for making this happen!

Later during the award ceremony, they were announced as the 'Top Duo/Group', with Dan + Shay, Imagine Dragons, Maroon 5 and Panic! At The Disco as the other nominees.

Leader RM took over the mic and thanked all their fans all over the world.

He said "ARMY, this is only possible because of the little things we shared together. The BTS and ARMY power, right? And we’re still the same boys from six years ago. We still have the same dreams."

No one can say for sure how far BTS will continue to rise but with their humbleness and every small factors which had allowed them to come so far, many can say that BTS is the group that allows many to start believing in their dreams again.

Great achievement!! Korea must be proud!!