SunMi Breaks Down How She Writes Her Songs 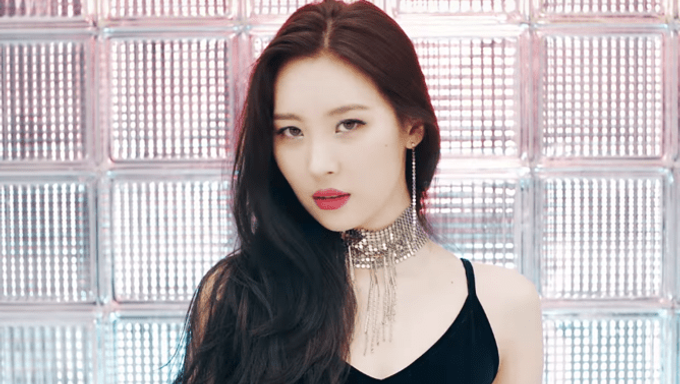 Much different from the old days of K-Pop, the number of idols who actually participate or play a large part in the production and writing their music is increasing.

Especially nowadays, it's not uncommon to find idols who not only write the music and lyrics of their own songs but for other idol groups as well.

Among them, SunMi is well known for playing a big role in the writing of her music.

Below is a transcript of a past interview that has been circulating on online communities in South Korea.

Q: Did your method for writing music change?

A: After releasing 'Gashina', I write melodies on top of a track. I also take down a lot of lyric ideas on my memo. If I find a track that might be suitable for some lyrics I've written down, I try to create a melody from there. But of course, there are times when I just kind of sketch a melody idea on top of a track.

(The question below seems to be discussing whether SunMi's songwriting process relies on having a track to sing directly with versus the traditional way of songwriting where one would sing and write to just a piano or guitar, and then later getting a track for the song being made.)

Q: So you do write songs based on a track?

A: Yes. I worked on the drum tones, fill-ins, the bass line, and sound balance for 'Siren'.

Q: The reason I'm asking this is because a lot of times, singing on top of a track is labeled as an "idol's method" in songwriting. I had a feeling you wouldn't use this approach, and wanted to clarify.

A: I also wrote the chords for 'Siren'. I don't know the name of the chords or chord progression, but I tried different things and from there picked what I liked. The snare drums, the sharp clarity of vocal delivery, balancing the volumes when mixing, all of that I played a part in. And it was very helpful that a band was present during the making of this song. I learned a lot.